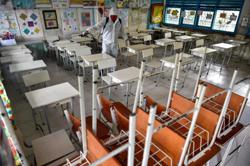 A university student holds up a sign during a protest against the government's labour reforms bill in Jakarta, Indonesia, on Oct 20, 2020. - Reuters

JAKARTA (The Jakarta Post/ANN): The National Police’s Criminal Investigation Department (Bareskrim) has arrested and named seven social media managers as suspects in connection to the recent wave of protests against the Job Creation Law.

He claimed that the accounts were used to incite rioting during the protests. The Facebook page alone gained around 21,000 followers, he said.

The police have charged the suspects under multiple articles of the Criminal Code, including Article 160 on provocation to commit criminal acts, which carries a maximum sentence of six years’ imprisonment.

Protests against the Job Creation Law -- which critics said could potentially undermine labour and environmental rights -- have now entered their third week in Jakarta and other major cities in Indonesia after the House of Representatives passed the bill into law on Oct. 5.

The National Police previously said protests had occurred in all 34 provinces of the country as of Oct 8.

In Jakarta alone, the police had named 131 as suspects as of Tuesday for allegedly rioting during the series of rallies in the capital.

Amid the protests, the Southeast Asia Freedom of Expression Network (SAFEnet) noted that Twitter accounts of civil groups that had been critical of the jobs law were blocked from the platform.

The digital rights watchdog accused the government of being behind the restrictions, claiming that they were part of a systematic effort to muzzle political speech in the country, particularly against the new law. - The Jakarta Post/Asia News Network 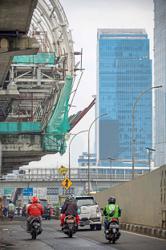 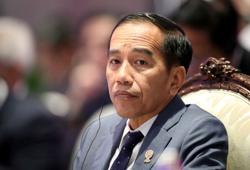