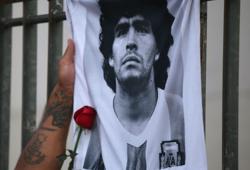 Beijing: The Old Summer Palace in Beijing allowed free entry to the public yesterday, the day that marks the 160th anniversary of the burning and massive looting of the palace, in a bid to remember history and draw more people into the memorial place.

Also known as Yuanmingyuan, the site was once an imperial garden and is now open to the public as a park. An architectural wonder of its age, it was built in the 18th and 19th centuries during the Qing Dynasty (1636-1911).

British and French forces destroyed the place on Oct 18 and 19, 1860, during the Second Opium War, a move to force China to open its market.

There are 51 classic attractions of the Old Summer Palace on this “passport”.

Visitors can find the seals from shops near the corresponding attractions on the map on the front page of the passport.

After collecting all 51 seals, one from each attraction, visitors can get a special seal.

“This seal is the symbol of treasure coming into and going out of the Old Summer Palace.

“Completing the seal collection is like bringing the Old Summer Palace home,” said a personnel who works at the park.

According to officials, each seal has been custom-made for the 160th anniversary of the massive loot.

As many as 160 years ago, the Old Summer Palace, known as the “garden of gardens”, was looted and burned down by Western powers.

Numerous treasures disappeared and the famous garden was gradually abandoned. Later, the Old Summer Palace was turned into a park, but it remained as it was when it was destroyed.

As the restoration work continues, some experts and scholars say the Old Summer Palace needs a museum to store items that behold precious historical memories.

As CCTV News reported, there have always been different opinions among experts and scholars on the discussion of the Old Summer Palace.

There have always been two completely different views: keeping the original appearance and reflecting the history of the changes; and restoring its glory as it was in its heyday.

With more and more relics unearthed and returned to the palace, the administration has again submitted an application to the relevant authorities, hoping to push forward the construction of the museum, CCTV News reported. — China Daily/ANN