Philippines moves to remove Parliament House Speaker to save Budget 2021 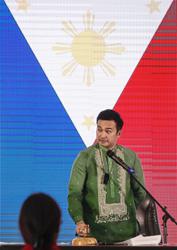 MANILA, Oct 12, Philippine Inquirer/ANN — A “solid majority” of lawmakers in the House of Representatives will assemble to declare the post of Speaker Alan Peter Cayetano vacant and elect Rep. Lord Allan Velasco on Monday, saying that the lower chamber needs a leader “with a heart of a public servant, and not with a heart of a tyrant.”

In a manifesto sent by Velasco’s camp to INQUIRER.net, 187 lawmakers cited Section 13 of the Rules of the House which states that “a vacancy is created whenever any of the officers dies, resigns, or is permanently incapacitated, or when the House declares any office vacant.”

“Therefore, in accordance with Section 13, Rule 3 of the Rules of the House of Representatives, of the 18th Congress, we call to assemble, move to and cast our vote to declare the position of Speaker VACANT on Monday, October 12,2020, ” the lawmakers said.

“Further, also in accordance with the same Section, we will move to and cast our vote to declare Representative Lord Allan Velasco of Marinduque as Speaker of the House of Representatives of the 18th Congress, ” the signatories added.

According to House rules, the position of Speaker may only be declared vacant through nominal voting by a majority vote of all the members.

The lawmakers pointed out the recent “unceremonious” termination of the deliberations and the eventual approval of House Bill No. 7727 or the General Appropriations Bill (GAB), which contains the proposed national budget for 2021, even if the proposed funding of more than 20 government agencies and executive offices have yet to be scrutinized.

“In unceremoniously terminating deliberations on the budget and approving House Bill No. 7727 or the General Appropriations Bill of 2021 on Second Reading, even before the plenary can tackle the allocations of not less than twenty one (21) agencies and other executive offices, the current House Leadership deprived the Filipino People of exercising, through their duly-elected Representatives, their right to participate in crafting a national budget that would best serve the country, ” the lawmakers said.

Cayetano moved to terminate the period of debates and amendments to the proposed budget and instead proposed the creation of a smaller committee “with full powers to entertain committee as well as individual amendments by the members.”

With the period of debates and amendments closed, the proposed 2021 budget was approved on second reading and the session was suspended until November 16—essentially delaying the third reading approval of the measure from October 16 to November 16.

This move seemed to have earned the ire of President Rodrigo Duterte who called for a special session from October 13 to 16 to avoid delays in passing the national budget for next year.

“The House members were stripped of their legislative duty to scrutinize the spending plan of various important agencies. Instead, this constitutional duty was invalidly delegated through the creation of a ‘small committee that will accept alterations to the budget’, ” the lawmakers said.

“As a result, this invalid delegation effectively railroads and replaces the important budget process which is comprised of sponsorship, debate and amendments, ” they added.

Further, the lawmakers said the ”railroading” of the national budget “runs contrary to Congress’ responsibility to craft an open, transparent and meaningful budget.”

“The power of Congress is bastardized when it was divested from the plenary, in each and every individual legislator, and purposely let to be monopolized by a select few, ” the lawmakers stressed.

The move to suspend the session earlier than expected, the lawmakers pointed out, also violates the rules of the lower chamber. 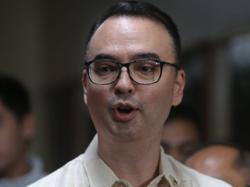 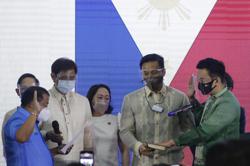