JAKARTA Sept 18 (Reuters): Indonesia's rupiah hit a more than two-week high on Friday, a day after the central bank kept interest rates unchanged and supported by reassurances monetary policy would not be swayed by political influences.

Helped by a broadly weaker dollar, the rupiah advanced 0.6% and was set for its best day since Aug 31 after three-weeks of local market volatility, which was driven by concerns about the economy and moves by some lawmakers to change rules around central bank independence.

Analysts and traders said the bank had settled some nerves for now, although several stressed that the threats to growth from a surge in coronavirus cases meant policymakers would be under pressure to cut rates as soon as possible.

"It appears that Bank Indonesia wants to send out a message about their independence by keeping the rate unchanged," said Societe Generale economist Kunal Kundu. "The question remains whether a weakening economy and lower growth potential can be ignored going forward."

Stocks in Jakarta snapped a three day losing run to gain 0.3%. Other regional currencies advanced as lacklustre US jobs data overnight kept the dollar subdued, with the South Korean won and the Taiwan dollar firming 1.1% and 0.8%, respectively, to lead gains.

Asian stocks ignored a weak finish on Wall Street to rise, with Malaysia and Thai equities rising 0.4% and 0.1%.

The Bangkok market was set for its first weekly gain in three, while the baht was on course to appreciate for a second straight week, ahead of a central bank meeting next week.

Thailand's tourism- and export-reliant economy has been reeling from weakened demand amid the coronavirus pandemic, though the recent removal of most virus restrictions has given markets some hope.

"In my view we have seen the worst of the capital outflows from Thailand," said Nader Naeimi, head of dynamic markets at AMP Capital. 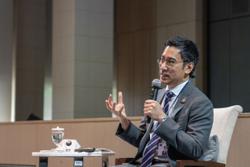 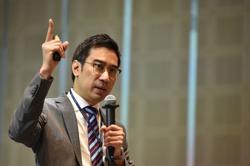