MANILA, Aug. 18 (Xinhua): The World Health Organisation (WHO) in the Western Pacific on Tuesday lauded the Philippines' efforts to suppress Covid-19, urging the South-East Asian country to further to improve its strategy.

"The Philippine government has been putting a lot of efforts to continuously improve their (healthcare) capacity," Takeshi Kasai, WHO Regional Director for the Western Pacific, said in a virtual media briefing, citing Manila's ongoing efforts to improve the testing and contact tracing capacity, and upgrade health services.

Kasai added they had not really seen the number overwhelming the healthcare facilities so far.

The WHO noted that the Philippines and Papua New Guinea have rising Covid-19 cases affecting the young.

In the Philippines, for instance, the WHO noted that more than half of the reported cases are people under 40 years, a similar trend that is also observed in the rest of the region.

"The epidemic is changing. Young, healthy people are increasingly driving its spread. Many are unaware they are infected, with very mild symptoms or none at all. This can result in them unknowingly passing on the virus to others," he said.

Kasai said the trend increases the risk of spillovers to the most vulnerable: the elderly, the sick, people in long-term care, people who live in densely-populated urban areas and under-served rural areas.

"We must redouble efforts to stop the virus from moving into vulnerable communities," Kasai said.

As the Philippines has the highest number of confirmed Covid-19 cases in South-East Asia, Kasai stressed the need to control the spike so as not to overwhelm the healthcare facilities.

Kasai said the strict lockdown imposed by the government in the early stage of the pandemic in mid-March has "prevented a significant number of infections and deaths," adding that it prevented the country's healthcare system to be overwhelmed.

The Philippines is easing the lockdown restrictions in Metro Manila on Wednesday.

"(In easing) the level of movement control, I think it's very important for everybody to voluntarily do very similar things so that we can continue to suppress (the rise of infections) and not overwhelm the healthcare facility in this country," he added.

In the same briefing, Kasai also stressed the need to "redouble" the efforts of governments to contain the disease and protect the vulnerable in the region.

"What we are observing is not simply a resurgence. We believe it's a signal that we've entered a new phase of the pandemic in Asia," Kasai said.

He said countries are increasingly able to minimize large scale disruptions to people's lives and economies by combining early detection and rapid responses to emerging infections, and people sticking to the prevention measures that are part of the "new normal."

"The direction the epidemic now takes depends on the actions of governments and people across the region," Kasai added.

Kasai stressed the need to "continue to refine, learn and adjust our response in pursuit of the new normal, because COVID-19 will likely be with us for the foreseeable future."

He specifically urged the government to focus on "refinements" such as "greater targeting and earlier introduction of localized movement control measures and public health interventions."

"Approaches like this are more effective and minimize social disruption and impact on economies. We also have to continue to strengthen the capacity of systems to identify cases, isolate and treat them, and trace and quarantine their contacts," he added.

The WHO regional office in South-East Asia said that more than 400,000 Covid-19 cases have been reported in the region and over 9,290 have died from the disease. - Xinhua
Article type: metered
User Type: anonymous web
User Status:
Campaign ID: 18
Cxense type: free
User access status: 3 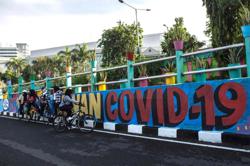 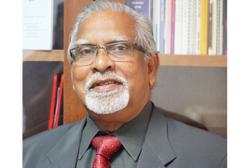