Vanilla spicing up profitability for startups

SOFA Arbiyanto held a manufacturing job in South Korea two years ago when he learned about the high price of vanilla on the global market and decided to try his luck at growing it.

Now he has 2,000 vanilla vines on a 1,200sq metre farm in Blora, Central Java, which he started after doing some research on the Internet and joining online groups for vanilla farmers.

“My initial view that farmers live in hardship and poverty has changed,” said the 30-year-old.

“With a touch of innovation and technology, it is a promising opportunity,” he said.

Arbiyanto is one of a growing number of millennial startup vanilla farmers in the South-East Asian nation, which is eager to revive spice shipments to diversify its farm exports, presently dominated by palm oil.

The interest in cultivating one of the world’s most valuable spices has sparked a small ‘back to the land’ movement at a time when farmers have been flocking to congested cities for jobs.

The Indonesian Vanilla Farmers’ Association (PPVI) says 43% of the nearly 600 farmers it has trained are aged between 25 and 35, a demographic segment that is typically tech-savvy.

Many have learned farming methods from YouTube, and get tips and guidance from experienced farmers through group chats on messaging platforms such as WhatsApp, said Mahdalena Lubis, the association’s spokeswoman.

PPVI’s YouTube channel has more than 13,000 subscribers and combined views of its videos exceed a million, she added.

The demand is no surprise, as vanilla beans from top exporter Madagascar were more expensive than silver last year, although prices have since fallen from highs of about US$600 a kg.

After typhoons in 2017 and 2018 in the Indian Ocean island sent prices skyrocketing, buyers are looking for more sources of the spice, used in anything from cakes and cookies to sauces and perfume.

Startup Indonesian farmers are betting on the labour-intensive beans, aware that high-quality crops can fetch better prices, owing to the painstaking process of pollination by hand.

Indonesia is a distant second to top producer Madagascar, which provides 80% of world supply.

McCormick & Co, the world’s largest spice company, is partnering with farmers in the islands of Papua and Sulawesi to secure its supply of Indonesian vanilla.

The Covid-19 pandemic has boosted consumer demand for vanilla, as well as that from packaged food companies, the company said. — Reuters 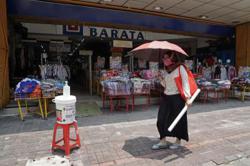