Travellers wearing protective masks wait in line at a departure gate at Gimpo International Airport in Seoul on Saturday, Aug 1, 2020. South Korean policymakers are hoping that continued stimulus measures, coupled with successful quarantine efforts, will help put the economy back on track. - Bloomberg

SEOUL, Aug 2 (AP): South Korea has reported 30 additional case of the coronavirus, most of them associated with international arrivals.

The cases announced Sunday by the Korea Centre for Disease Control and Prevention brought the national tally to 14,366 with 301 deaths.

The agency says eight of the newly confirmed cases were locally infected while the rest came from overseas.

South Korea has recently seen an uptick in imported cases, many of them South Korean construction workers airlifted out of virus-ravaged Iraq and crew members of Russia-flagged cargo ships docked in local ports.

Health authorities have said imported cases are less threatening as they continue to enforce two-week quarantines on all people arriving from abroad.

On Saturday, South Korean prosecutors arrested the elderly leader of a secretive religious sect Saturday as part of an investigation into allegations that the church hampered the government’s anti-virus response after thousands of worshippers were infected in February and March.

Prosecutors in the central city of Suwaon have been questioning 88-year-old Lee Man-hee, chairman of the Shincheonji Church of Jesus, over charges that the church hid some members and underreported gatherings to avoid broader quarantines.

The Suwon District Court early Saturday granted prosecutors’ request to arrest Lee over concerns that he could temper with evidence.

Lee and his church have steadfastly denied the accusations, saying they're cooperating with health authorities.

The church's spokesperson, Kim Young-eun, said the church will do its best so that "the truth is clearly proved in court.” 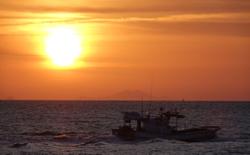