PHNOM PENH, July 7 (dpa): Cambodian soldiers have rescued a kidnapped Chinese national after swooping on an alleged extortion gang in the coastal city of Sihanoukville.

The operation, overseen by the local court and involving 30 military personnel, netted seven suspects, who were also Chinese nationals, according to a report on Tuesday by the Khmer Press.

Authorities launched the raid on Monday afternoon in Sihanoukville. The alleged offenders were between the ages of 21 and 37 and included one woman.

Police freed the victim and also confiscated drugs, handcuffs and a weapon. A court date has not yet been set.

Once a sleepy seaside city, Sihanoukville experienced rapid growth in recent years on the back of an influx of Chinese immigration. 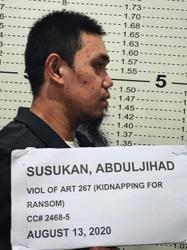