YANGON (Xinhua): Myanmar authorities seized a large haul of narcotic drugs in the eastern Shan state, according to a statement from the Central Committee for Drug Abuse Control (CCDAC) on Wednesday (July 1).

The security forces made a seizure during their operation near Yaypusan village in Tachileik township on Tuesday (June 30).

Further investigation is underway to capture the suspects under the country's Narcotic Drugs and Psychotropic Substances Law, the statement said.

According to the latest statistics released by the President's Office on Monday, a total of 1,210 drug-related cases were registered across Myanmar, while 1,869 people were charged in connection with the cases as of June 27, since the formation of the Drug Activity Special Complaint Department on June 26,2018. - Xinhua 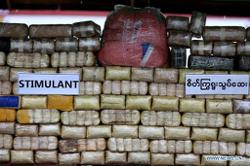 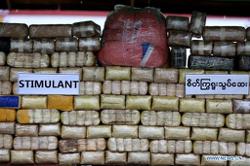 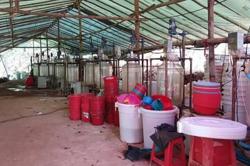