SEOUL (The Straits Times/ANN): South Korea is considering slapping a "high risk" label on religious facilities after coronavirus infections mushroomed in a growing number of churches around the capital area and the first temple-linked cluster emerged.

Forty-two new cases were added on Monday (June 29), including 30 local infections. This brings the total tally to 12,757, with the death toll remaining at 282.

Despite flattening the curve in the first wave of the virus in February and March, South Korea has been plagued by sporadic outbreaks since relaxing strict social distancing rules from early May.

At least 12 cases have been traced to the Gwangleug Temple in southwestern Gwangju city, including a monk and worshippers.

It is not known yet how the virus spread as epidemiological studies are still ongoing and some 76 people are undergoing tests.

But the authorities have identified several confirmed patients who visited the temple last week before they developed symptoms and tested positive. They include a married couple from Gwangju and a woman from nearby Jeonju city.

Meanwhile, a new church cluster emerged in Suwon city, south of Seoul, where two out of 9,000 members of the Central Baptist Church and a family member tested positive. Some 720 people who came into contact with them at the church are being tested.

This adds to the 28 cases detected at the Wangsung church in Seoul and 22 cases in the Jesus Younggwang Church in Anyang city, south-west of Seoul.

Jeong Eun-kyeong, head of the Korea Centres for Disease Control and Prevention, said in a briefing on Monday that many of the people infected recently at religious facilities did not wear masks and abide by quarantine rules.

She urged religious organisations to conduct activities online, and for those who must physically attend church services to wear masks and avoid having meals in a group and singing together.

A monk from Gwangleug Temple who tested positive told JoongAng Ilbo newspaper on Monday that he observed the 1m rule when interacting with worshippers last Tuesday (June 23), but took off his mask as the weather was too hot. "I regret it now," he said.

Health Minister Park Neung-hoo had said on Sunday that the government is planning to introduce a new set of guidelines for religious activities.

"We could control religious gatherings by designating them as high-risk activities, but we are discussing a more targeted plan considering the purpose of each meeting," he said during a briefing Sunday.

High-risk facilities include nightclubs, bars and karaoke lounges, where visitors are now required to scan QR codes to share their personal data before entry.

To strengthen preventive measures against the virus, the government announced on Sunday a three-level social distancing policy.

The country is currently at level one - where the number of new daily cases remain below 50, gatherings are allowed, and "everyday life distancing" rules apply. Schools conduct a mixture of online and physical lessons, and a limited number of spectators are allowed at sports events.

The level will be raised a notch if the number of new daily cases enters the 50-99 band for 14 consecutive days. This means more restrictions for physical lessons in school, a ban on indoor gatherings of over 50 people and outdoor gatherings of over 100 people, and suspension of high-risk facilities. Spectators will also not be allowed at sports events.

Level three will apply if the number of new daily cases hits 100, leading to school closure, a ban on gatherings of 10 or more people, and a ban on all sports events. - The Straits Times/Asia News Network 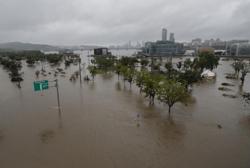