MANILA, June 29 (dpa): A German national believed to be suffering from mental illness has been arrested in the Philippines for allegedly killing his Filipino wife, police said on Sunday.

The 75-year-old suspect was arrested on Friday while trying to flee from their house on a small island off Pagbilao town in Quezon province, 103 kilometres south-east of Manila, said Audie Madrideo, the provincial police director.

The decomposing body of his wife, 75, was found covered in a blanket outside their house by her sister, who went to the couple's house after failing to reach her on the telephone, a police report said.

Two days earlier, the victim called her sister and told her that she and her husband were fighting, and that the suspect had threatened to kill her, it added.

The victim, 75, died from multiple stab wounds and a blow to the head, according to initial investigation.

The suspect tried to escape on a boat, but was caught by village watchmen, Madrideo said.

The German national appeared to be suffering from mental illness and was caught naked, he added.

Authorities were preparing to file criminal charges against the suspect, who had been living with his wife on the half-hectare island for the past three decades. - dpa
Article type: free
User access status: 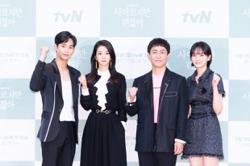 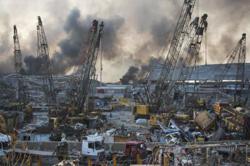 Two Filipinos among those killed in powerful Beirut blast