Thai Airways wins some success in negotiating with creditors

BANGKOK (The Nation/ANN): Thai Airways international (THAI) has successfully completed negotiations with creditors in three countries, namely Switzerland, Germany and Japan, and is planning to seek bankruptcy protection in the United States before it starts negotiating with creditors there.

This progress was reported to the Cabinet by Deputy Prime Minister Wissanu Krea-ngam in his capacity as chairman of the rehab monitoring committee.

THAI has until Aug 17 to come up with a rehabilitation plan to present to the Central Bankruptcy Court.

“Seeking bankruptcy protection in the US will help protect THAI’s assets overseas. This process needs to be completed before Aug 17, when the court is scheduled to launch an investigation, ” Wissanu said.

Based on information submitted to the Central Bankruptcy Court, as of March 31, the airline had accrued net losses of Bt12 billion and its debt to equity ratio stood at 20.81 per cent based on total assets worth Bt256 billion versus total liabilities of over Bt350 billion.

Since it is unable to reduce its monthly expenses by Bt6 billion, the airline will not have enough cash to pay bills in June.

The airline is currently in talks with related agencies to seek funds.It is important for THAI to negotiate as many deals with creditors and relevant agencies before Aug 17 to ensure a smooth recovery process.

The airline’s legal consultants, Baker & Mckenzie, have started taking steps in this direction.

Meanwhile, the airline has called on the Transport Ministry to help now that it has lost its benefits as a state enterprise.

Previously, as a national carrier, THAI employees could receive treatment from four private hospitals. Now, however, these hospitals are refusing to treat THAI staff, resulting in a large number of reimbursement bills.

Also, THAI aircraft have not been supplied with fuel since May 26 and the purchase of ingredients for aircraft meals has been suspended. - The Nation/Asia News Network 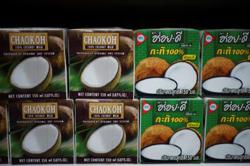 Applications for new Thai passport to be accepted from today