The airline sought to extend the maturity of the debt, originally due on June 3, after its operations took a hit from coronavirus-linked travel restrictions.

Sukuk holders representing more than 90% of the bond value had agreed to the extension as of Friday, he said, but the company is still waiting until June 10 for all holders to vote.

Garuda offered a fee of up to 1.25% to sukuk holders who voted in favour of its proposal before June 1.

"We have put forward a proposal that makes sense in this current situation. Hopefully in three years, conditions will improve and we can execute our obligations," Setiaputra said.

Travel restrictions have resulted in a 90% drop in passengers volume at Garuda, which posted profit of US$6.5 million last year, and forced the company to slash costs and focus its business in cargo and chartered flights, Setiapurtra said.

A presentation document Garuda posted on its website said the company sees potential for a 10% increase in cargo revenue this year.

According to the document, last year Garuda group carried 335,764 tonnes of cargo with a yield of 43.8 cents per tonne per mile. - Reuters
Article type: free
User access status: 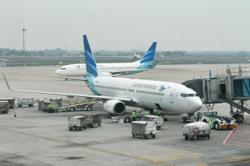 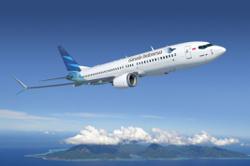 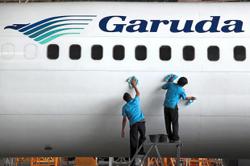