Besides, about 169 companies in tourism sector had also been closed temporarily, leaving roughly 16,891 people unemployed, he added.

"To help relieve the burden of the jobless, the government and the employers have decided to pay US$40 and $30, respectively to each of them per month, so an unemployed worker gets $70," Hun Sen said during a visit to the southwestern coastal province of Preah Sihanouk.

European countries and the United States are major market destinations for the kingdom's garment, footwear and travel goods exports, and both have been severely affected by the Covid-19 pandemic as their markets continue to close and residents tighten their purse strings.

Labour Ministry spokesman Heng Sour said last month that factories had not received any orders from buyers for both May and June, as well as for the foreseeable future.

"We can conclude that exports of garments and footwear will be hit hard in the second quarter this year," he said.

The garment, footwear and travel goods industry is Cambodia's biggest export sector, employing about 750,000 people in approximately 1,100 factories and branches, according the Labour Ministry.

The sector earned gross revenue of US$9.32 last year, up 11 per cent compared to the year before. - Xinhua 400 factories in Cambodia suspend operations, affecting over 150,000 workers due to Covid-19 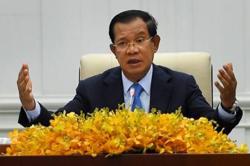 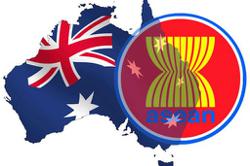 Cambodia: Asean and Australia to discuss Covid-19 via video conference