Over 4 million in Thailand may face unemployment over Covid-19, drought 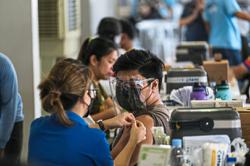 The Thai government has announced a slew of relief measures to rehabilitate the domestic economy by focusing on providing training program to improve workers' skills and rolling out aid measures to help new graduates. - AFP

BANGKOK (Xinhua):- Thailand's economic planning agency said on Thursday (May 28) that about 14.4 million workers may face unemployment in the second and third quarters, largely due to impact of Covid-19 and the ongoing severe drought.

Out of the 14.4 million workers, some 8.4 million are estimated to be at risk of job loss, 2.5 million of whom are in the tourism sector, 1.5 million in the industrial sector and 4.4 million in other parts of the service sector, the National Economic and Social Development Council (NESDC) said in a statement.

The NESDB also indicated that workers in other parts of the service sector, schools or places with large groups of people such as fresh markets, sports stadiums or shopping malls are estimated at 10.3 million people.

"Other than direct impact from Covid-19, the drought crisis which began in the middle of last year and continued into the first quarter of this year, has also resulted in a reduction of employment in the agricultural sector," said NESDC Secretary-General Thosaporn Sirisamphand.

He said there are currently 370,000 unemployed workers in the agricultural sector, the highest in seven years.

The report said 3.9 million farmers, who were facing drought and 2.1 million farmers with insufficient water, were unable to engage in agricultural activities.

A total of 6 million farmers were affected by drought, Thosaporn said.

"The impact from the outbreak and the drought on unemployment will be obvious in the second quarter and more clearly in the second half of the year," he said.

The Thai government had announced a slew of relief measures to rehabilitate the domestic economy by focusing on creating employment in the local area providing training program to improve workers' skills and rolling out aid measures to help new graduates.

Thosaporn said the NESDC will seek financial assistance from the government's 400-billion-baht (US$12.5-billion) budget slated for economic and social rehabilitation to create 200,000 jobs for the new graduates. - Xinhua 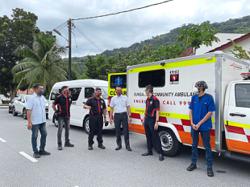