Walking with elephants in north-east Thailand

The sight of elephants walking past his house in the Thai city of Khon Kaen has always evoked in Tim Bewer a sense of pity.

To the travel operator, the act of mahouts selling sugarcane to people so that they can feed the elephants is akin to street begging. Surely, tourist elephant camps would have been a better alternative, or so he thought, until about a year ago, when he acquired a better understanding of elephant tourism.

“Generally, they (tourist elephant camps) are better. But, after I learned more about what really goes on with both the training and lack of proper care for elephants in most of these places, I decided that we would stop visiting the large elephant camp that is located in the region where we do our tours,” he says via e-mail, adding that it’s a common misconception that the typical elephant camps are doing conservation work.

The 44-year-old American, who is now based full-time in Thailand, is the founder and director of Isan Explorer. The family-run tour company in Thailand’s north-east region has created elephant-focused tours that, it claims, protect the majestic animal’s welfare. 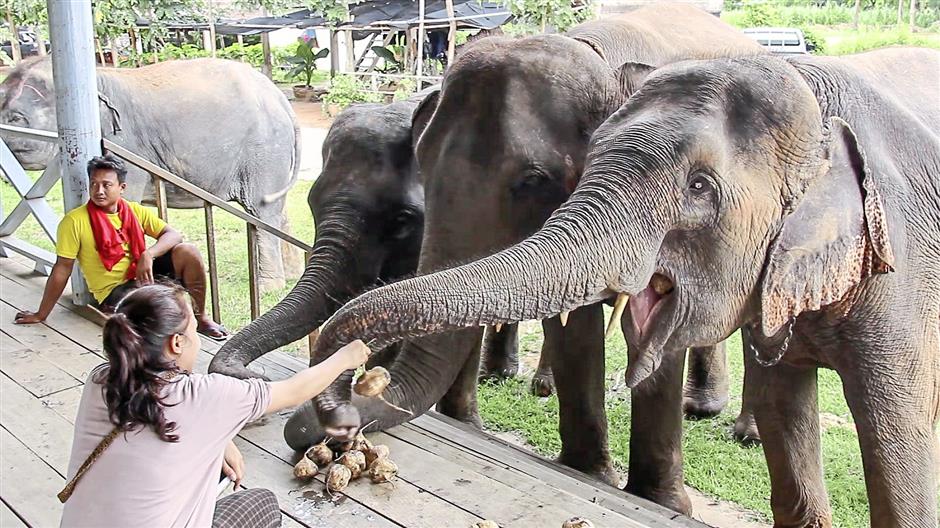 Travellers on the ethical elephant tours have the chance to feed the gentle giants.

These special tours offer travellers the chance to get up-close and personal with elephants. It involves mostly walking with the elephants and watching them in patches of forest and at watering holes where they play and splash around.

The tours do not include the usual elephant chair rides and talent shows that are, unfortunately, a common practice in the country’s elephant tourism. Isan Explorer bills its practices as part of the concept of ethical elephant tours.

“We don’t do any activity that isn’t good for the elephants. Mainly, our visits give the elephants a day off their chains and a day without having to do chair rides or talent show tricks. When they are with us for the day, all they do is walk, bathe and eat,” says Bewer.

“We do not, even if we were asked, allow chair rides for any amount of time. Elephants’ spines are not very strong and not designed for carrying heavy loads,” he adds. 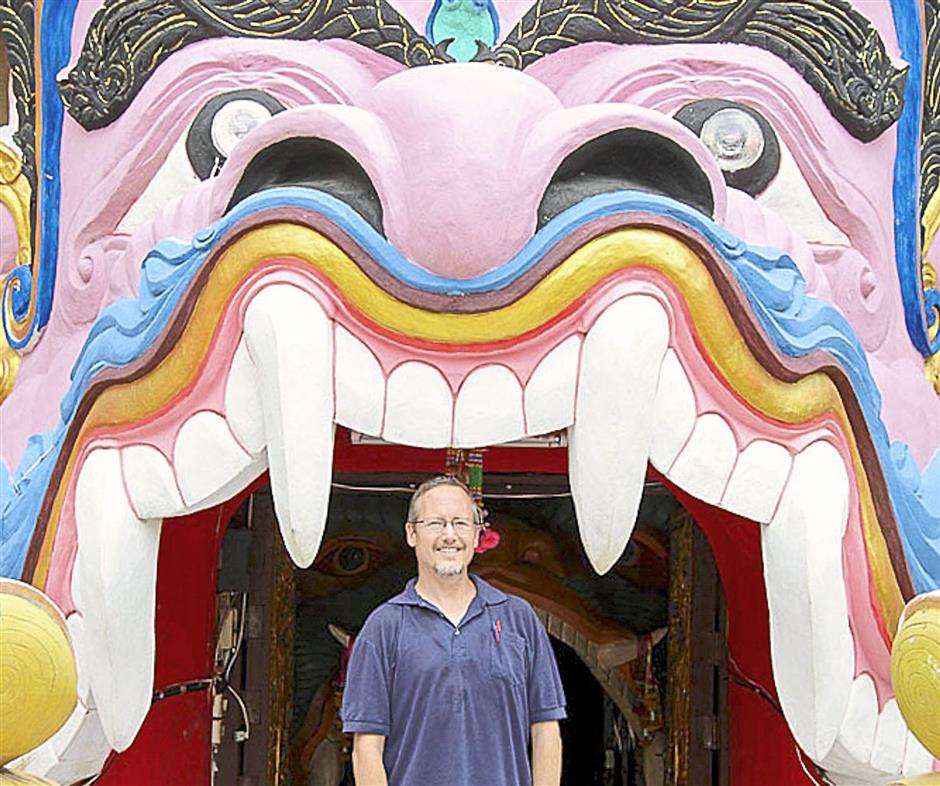 “The weight is right above their legs, so it’s OK for their bodies. Even then, we only let one person ride at a time. With us, the elephants don’t walk for hours on end. They walk for a while and then do something else such as eat or bathe,” he explains. Bewer stresses that Isan Explorer does not own any of the elephants.

“We hire mahouts and their elephants – one elephant for each of our guests, or two elephants if we have a solo traveller – for the day at the Ban Ta Klang Elephant Village. The elephants here have always been working elephants. It is not a sanctuary,” he further explains.

Bewer adds that there are no elephant sanctuaries – such as the Elephant Nature Park or Boon Lott’s Elephant Sanctuary – in the region where the tours are operated. Thus, visiting one wasn’t an option.

When the elephants at Ban Ta Klang aren’t interacting with tourists from Isan Explorer, they would either be waiting around the Elephant Study Centre to give chair rides or are chained up at their owners’ homes. The mahouts of Surin Province, which the company engages, are from the Kui tribe and live side-by-side with their elephants.

According to Bewer, hiring elephants from villages has the twin benefits of getting more elephants off the chain and helping promote the idea of walking with elephants as a tourist activity.

“The elephants that go with our guests are getting a day of freedom and happiness. We also hope that we are setting an example at Ban Ta Klang so that mahouts and elephant village workers know that there is interest in walking with elephants instead of doing chair rides and seeing the talent shows,” he says.

Bewer says the elephants that participate in Isan Explorer’s tours do not go through any special training.

“I will add that the phajaan training technique from northern Thailand is not used in Ban Ta Klang, but the local method still involves fear and pain. The local training is done mostly in secret, so I can’t comment too specifically on something I haven’t seen. What I do know is that the elephants will be hit with big sticks to get them to do what the mahout is teaching them, but then most mahouts will follow that with positive reinforcement of some sort,” says Bewer.

He adds that target training – a way to use positive reinforcement – with new calves is a relatively new idea in Thailand. Through this method, elephants are trained to touch a “target” and any contact warrants a reward. “We hope it will catch on in Ban Ta Klang,” says Bewer.

As for phajaan, it’s a controversial ancient ritual whereby young elephants are separated from their mothers and confined in an excruciatingly small space where they are unable to move. The calves are then beaten into submission with clubs or sharp hooks. This practice is condemned by animal welfare groups as a form of animal cruelty.

Some might point out that even when elephants are well-trained, they are still ruled by instincts. Bewer agrees with that observation.

“There is no such thing as a domestic elephant. No selective breeding was ever done with elephants the way it was for dogs or horses. They are captive elephants. If they were released back into the wild, they would get along just fine,” he offers.

At the same time, Bewer points out, elephants are gentle giants and pose minimal threat to tourists.

“There is little risk as long as the elephants are well cared for and guests follow certain rules which are mostly related to the fact that elephants have bad eyesight which causes them to startle easily,” he explains.

Those rules include staying close to the guide, not standing next to an elephant’s head and not getting between two elephants or between an elephant and a big object such as a tree.

In addition to elephant tours such as the ones offered by Isan Explorer, travellers also have a role to play in curbing unethical practices when it comes to this form of tourism.

Essentially, Bewer’s intent with the tours is for visitors to spend quality time with elephants in a natural and open environment.

“Interacting with elephants in a natural environment such as this is an intimate and immensely rewarding experience,” he says, before adding, “it’s far better than watching them do circus tricks.”