There are hundreds of ­vendors across the world that accept Bitcoin as a valid form of ­currency in exchange for goods and services.

While Bitcoin acceptance has grown in many neighbouring countries, including Singapore and Thailand, according to coinmap.org, which keeps a list of worldwide businesses that accept Bitcoin, only three businesses in Malaysia currently accept Bitcoin as a form of payment. The three are The Nook Bangsar (nook.my), Ked.ai (ked.ai) and Footsteps (www.footsteps.com.my). 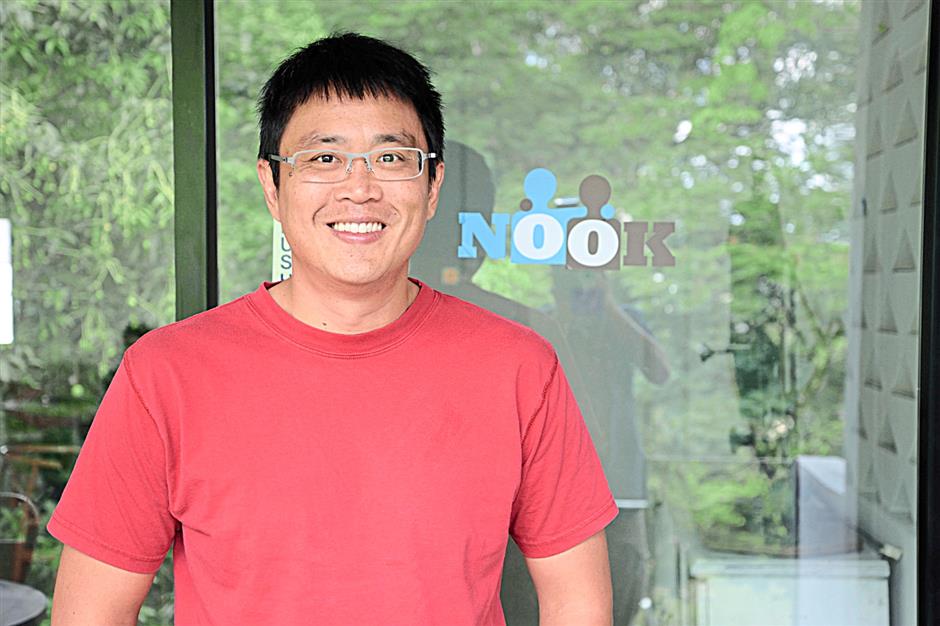 Daniel Yap started accepting Bitcoins as a "social experiment" since November, to help encourage its use in this country.

The chief executive officer of Nook Malaysia, Daniel Yap, says he started accepting Bitcoins as a “social experiment” since November. Yap, who operates a co-working space in Bangsar, started to accept Bitcoin to help encourage its use in this country.

“If you don’t encourage people to use it, then it will never be adopted,” he said

“Bitcoin may not be the ­ultimate form of ­cryptocurrency or decentralised currency, but it’s certainly the most well known. But the whole ­movement is beyond Bitcoin, as it’s about going towards unregulated ­currency,” he said.

Right now, though, the ­percentage of customers who pay via Bitcoin for Nook’s co-working space is very small, according to Yap, and it’s mostly foreigners.

Muaaz Mohamad Nor, owner of Footsteps who operates kayak tours and sells outdoor gear, says that the number of customers who pay via Bitcoin are similarly small, although in his case, they’re mostly Malaysians.

“My opinion is that there are three factors that affect Bitcoin adoption — education, Internet access and desperation,” said Muaaz. Muaaz Mohamad Nor says that accepting Bitcoin is better for a 'mom-and-pop' style shop like his.

Muaaz explains that in countries where the first two criteria are met, weak currency will usually push people to start adopting Bitcoin as a form of currency.

“The practical reason for me to start accepting Bitcoin is that it’s relatively low-cost for mom and pop shops like mine, and in the wider view, I like the idea of an alternative to fiat currency,” he said.

Unlike fiat currency, which derives its value from goverment regulation or law, Bitcoin’s value is determined by its users and the value they place on the ­currency.

“If you look at the value of Bitcoin, it suffered three major crashes over the years but its value has quickly risen again. You can’t say that about most other currency crashes,” he said.

According to Muaaz, he used to own some 5,000 Bitcoins which he bought for just five euros in 2007 when he was studying and living in Germany.

“Back then it was hip to pay for stuff using Bitcoin,” he said. When asked about how much of those 5,000 Bitcoins he still holds, Muaaz laughs and said, “None of it!” At current exchange rates, if he had held on it would be worth some RM6.35mil.

However, both Muaaz and Yap have opted to hold on to the Bitcoins they’ve obtained from their businesses rather than ­convert it to cash. 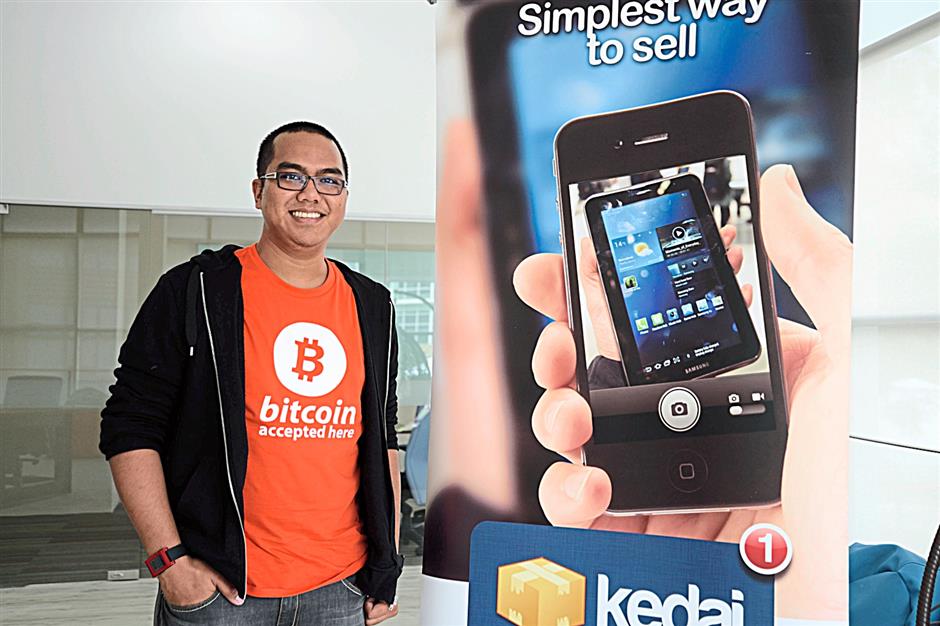 Arsyan Ismail says that he likes Bitcoin because of the decentralised, open and instantaneous nature of the cryptocurrency.

Arsyan Ismail, chief excutive officer of 1337 Tech Sdn Bhd and creator of. Ked.ai, an online ­marketplace that also accepts Bitcoin, says that he likes it because of the decentralised, open and instantaneous nature of the cryptocurrency.

Currently, Arsyan enables merchants who sell products on Ked.ai to accept Bitcoin and will convert it to cash for them automatically. However, like the other local online retailers, ­payments made with Bitcoin on Ked.ai still amounts to a very small ­percentage.

Arsyan says the biggest hurdle to Bitcoin acceptance is that most people find it very hard to understand the concept, and there are no local exchanges for buying and selling Bitcoin.

The function of Bitcoin exchanges is to bring these two groups together but without an official one the flow of Bitcoins from miners to buyers is a little more complicated, he said.