I REFER to the letter “Costly medical insurance” (The Star, April 20). I feel that it is very unfair to put all the blame on insurance

companies for the hike in premiums.

These days most hospitals can be considered a luxury as some are as good or even better than hotels.

A luxury-like environment means higher bills, and so, higher insurance costs, which are passed on to the public.

What consumers want these days is a comfortable and clean hospital and many choose to go to those where they feel comfortable.

When a patient walks into a hospital for treatment, the first question the hospital will ask is: “Are you paying by cash or medical card?” and if the patient asks “Why?” The doctor will say: “If you pay by cash the cost of surgery is RM3,000 and if you pay by medical card then the cost will

In some cases where only a day’s surgery is needed, some of the nurses or doctors will tell the patient “You must be admitted, then only is it claimable” when it is unnecessary in the first place.

The doctors always say: “Pay by insurance company what! Why you worry?”

These doctors are very selfish. I am not sure whether they are aware that every medical card has its annual and life limit – which means there is a certain amount that a policyholder is entitled to.

So, for a simple surgery or treatment, the doctor’s charges are extremely high!

If someone is critically ill in the future and needs a great amount of money for treatment, is the doctor going to say: “The last time I charged you so much, now I will charge you less?”

Many have complained that the increase in premiums was due to the higher inflation price of medical equipment, etc.

“A basic appendix surgery would not need much high-end medical machinery, so why has the cost gone up so much?”

In fact, insurance companies have done well by introducing the comprehensive medical plan for consumers so that in time of emergency or critical illness, the consumers will have insurance to protect them against worrying about meeting the financial costs.

But now some unethical doctors and hospitals are taking advantage and misusing it for their own benefit without considering the consumer at all.

The blame should be on these unethical doctors and hospitals.

The relevant authorities should look into this, monitor and take control of the charges by doctors and hospitals.

I believe Bank Negara Malaysia is already strict in its monitoring of insurance companies.

Only relevant authorities can control doctors and hospitals and insist that the charges are reasonable.

Only by doing so can the consumers be protected.

Increasing doctor and hospital charges are pushing up medical costs and so, insurance companies have to increase their premiums.

Thus the blame should not be on insurance companies but on doctors and hospitals. 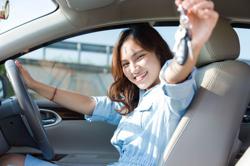