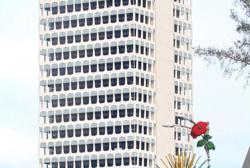 KUALA LUMPUR: Datuk Hasan Ariffin (pic) says his "cari makan" remark was made in jest and media reports highlighting it were unethical.

In a statement, Hasan said he had invited members of the media for lunch Wednesday after a PAC meeting, in order to foster better ties with them.

He said his quip was made to create a friendly environment with the media.

"I told the media that my remark 'saya pun cari makan (I too need to earn a living)' should not be reported as it was a joke as before this, I had said there was no need to call in the Prime Minister (to testify before the Public Accounts Committee)," explained Hasan.

"In my opinion, any new organisation that publishes my 'saya pun cari makan' remark is unethical.

"It is also affecting my relationship with the media as well as my reputation as PAC chairman and a politician," he said.

Earlier, Hasan said it was not necessary to call Prime Minister Datuk Seri Najib Tun Razak to testify before the PAC in his capacity as a 1Malaysia Development Berhad (1MDB) advisor.

When pressed further on the issue by reporters, he said, "Janganlah, saya pun nak cari makan (Please don't, I too need to earn a living)".

Several Opposition lawmakers, including Gobind Singh Deo (DAP-Puchong) and Datuk Johari Abdul (PKR-Sungai Petani), have called for Hasan's resignation as PAC chairman, adding it was a serious matter and unbecoming of a Parliamentary committee head. 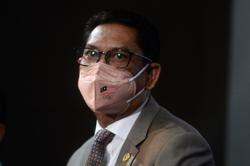