KL Tower lights up for Paris

PETALING JAYA: Menara Kuala Lumpur was illuminated with a display of blue, white and red lights, which symbolised France’s flag, as a sign of support to the victims of the Paris terror attacks.

KL Tower CEO Meor Shahril Anuar Ahmad Rathuan said as a member of the World Federation of Great Towers, the light display on the 400m tower was created in solidarity with the victims and also to denounce ter­rorism.

“We wanted to show the support of Malaysians towards the victims and to say that terrorism is never right. We pray that Paris will be brightened up again after this dark incident,” he said when contacted yesterday.

World landmarks such as the One World Trade Centre in New York, the Sydney Opera House in Australia, and the San Francisco City Hall among others, were also lit in blue, white and red in solidarity with France.

Meor Shahril added that this was not the first time KL Tower had been lit up for certain causes. 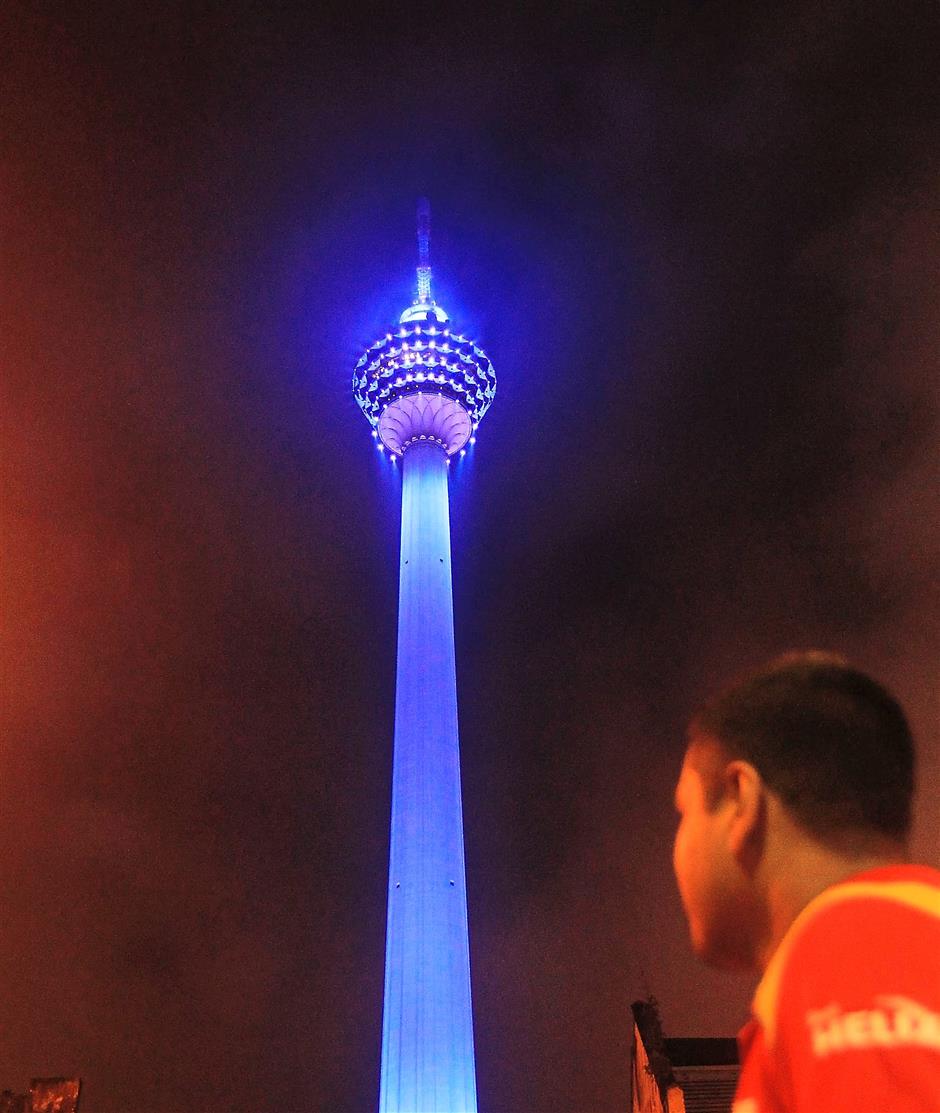 Light of hope: KL Tower is illuminated in the colour of France’s flag as a homage to the victims of the Paris attack.

“However, we have lit up Menara KL to highlight various issues, including the colours of the Japan flag during the tsunami incident and we have collected a special fund for Palestinian victims.

“It is unfair to accuse that we are only doing it for France. We are just standing up with the other world landmarks to show our support,” he said.

He added that the new facade lighting system, which was completed in July, made it successful for KL Tower to display the colours of France’s flag.

“We received worldwide coverage on this, and this will further boost the promotion of our own iconic tower,” he said.