By ARNOLD LOH and ROYCE TAN 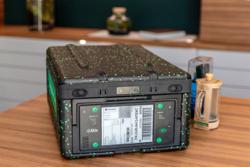 Final curtain: Firemen inspecting the damage after putting out the blaze at the cinema in Komtar.

GEORGE TOWN: A moment of panic was triggered in Komtar when smoke filled the concourse on Level Three of the building.

Fire broke out at the old and abandoned BFO Dalit cinema at around 6am yesterday.

A security guard said he was about to begin his shift when he saw the billowing smoke.

“The building’s elevators were already shut down when I arrived.

“After the fire was put out, I went into the cinema and saw cardboard boxes, old carpets and rubbish strewn everywhere.

“The fire had burnt both sides of the cinema hall,” said the guard who wished to remain anonymous.

The Fire and Rescue Department deployed three fire trucks and 18 men. They managed to put out the blaze in some 20 minutes.

The department’s operations officer M. Vijayan said they were investigating the cause of the fire.

“It could not have been an electrical fire because there is no power supply in the cinema,” he said.

A source said although roller shutters sealed the front entrance, the old cinema had backdoors which doubled as emergency exits and could not be locked.

“There is a possibility of vagrants living inside,” the source said.

It is learnt that a group of investors had recently bought the unit for several million ringgit with plans to convert it into a mall. 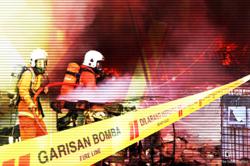