BMW plate: My money to do whatever, says Sanjeevan


KUALA LUMPUR: MyWatch chairman R. Sri Sanjeevan questioned the publicity given to his purchase of two "BMW" car number plates for about RM340,000, saying it was his money to do whatever he liked.

“It's a poor tactic to attack me with because everything was done legally. No one can question me. It is my hard earned money and I can do as I please with it."

He was commenting on a photo circulating on social media of bidders for the “BMW” number plate series, listing him as the owner of plates BMW8 and BMW11, which he bought for RM174,776 and RM165,000 respectively.

Also on the list of “BMW” plate owners were national men’s singles shuttler Datuk Lee Chong Wei, who was said to have paid RM97,777 for BMW6.

Sanjeevan gained publicity after he was shot at a traffic lights junction in Bahau, Negri Sembilan, in July 2013 and was in a coma for several weeks.

As head of crime watchdog MyWatch, he has exposed alleged misconduct and misappropriation of funds in the police.

Sanjeevan said he bought the number plates for investment purposes and had the financial means to buy them.

He said he has had a long career in the hotel line before he started the crime watchdog group in 2012.

“I was a senior manager for Hilton Hotel for five years and was in the hotel line for many years before that. I also own an overseas IT firm. Those attacking me don’t know my full background,” he said.

Due to the buzz around his purchase, Sanjeevan said he would now give up BMW8 plate for RM500,000 and donate RM100,000 to charities.

On what he would do with the other number plate, BMW11, Sanjeevan in jest said: “I’ll put it on my motorbike.”

Sanjeevan ran unsuccessfully for the PKR Youth wing vice-presidency during the party elections in April. 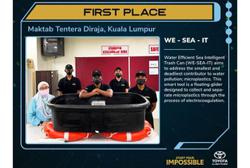 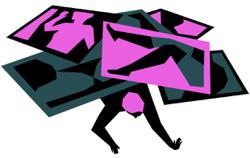