KUALA LUMPUR: Bukit Aman is issuing an international arrest warrant for the suspected jewel thief arrested in Zurich last month – but there is a snag. He has been freed by Zurich authorities for lack of evidence.

The man, whom European sources identified as Luo, is believed to have pulled off two jewellery thefts in Bukit Bintang.

Zurich prosecutors let the 40-year-old international jewel thief go on Aug 30, barely hours after he was arrested in Bahnhofstrasse, an exclusive shopping area in Zurich. He has since gone missing.

German daily 20 Minuten quoted prosecutor’s office spokesman Corinne Bouvard as saying “there was no concrete evidence of tortious conduct” to justify detaining him.

According to the daily, the second suspect, known only as Meng, is expected to be extradited to face charges in Bahrain, where an arrest warrant linking him to a RM4.73mil heist in 2013 was issued. 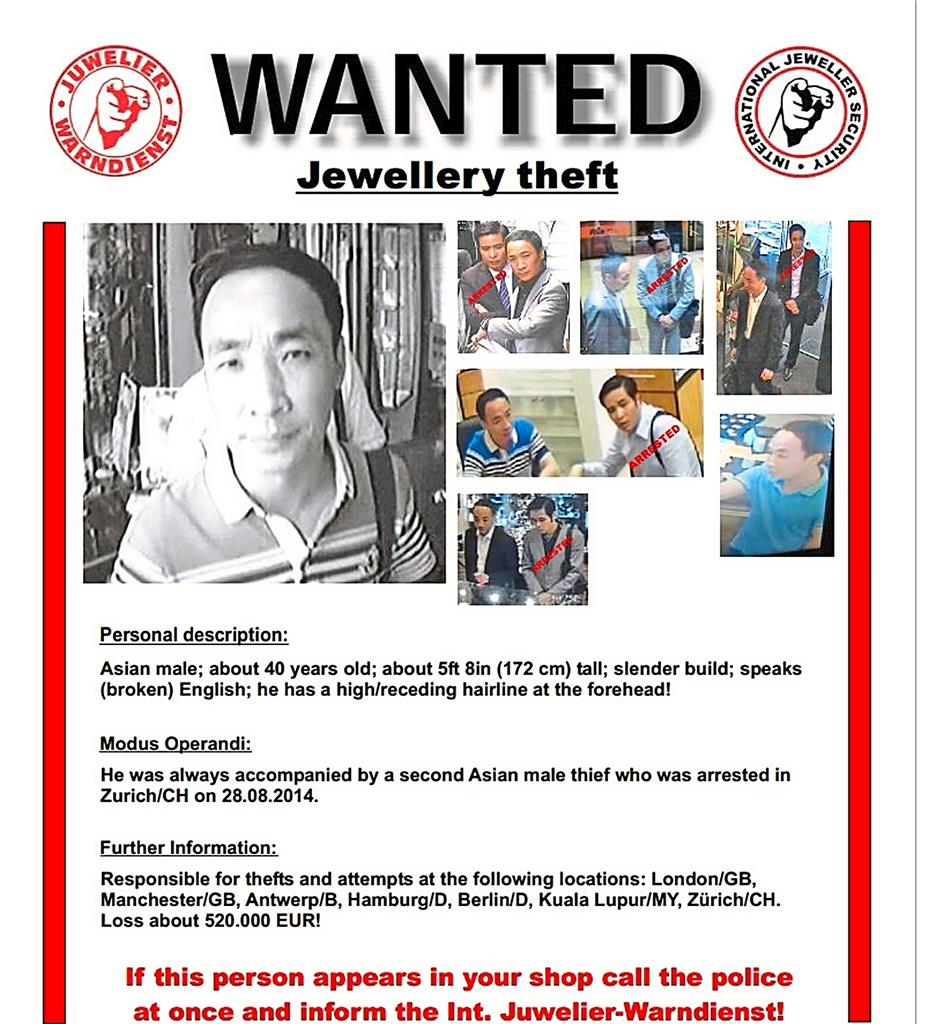 “We cannot find him. He could be anywhere. It is quite certain that he will return to snatching jewellery.

“We urge all jewellers, including those in Malaysia, to be vigilant. If you recognise him or believe he has visited your shop, please contact your police station of the network at +49-(0)2306-379110 or info@warndienst.com,” he said in a telephone interview from Germany.

“We are trying to match his fingerprints and passport number from Zurich with the information we have here,” he said.

“Once we have positively identified him as our main suspect, we will issue the arrest warrant.”

Winckel said his network would continue to work with Malaysian police to catch Luo.

Luo and Meng stole two rings worth RM1.4mil within an hour from two jewellery stores in the Kuala Lumpur Golden Triangle area on Aug 14.

The two, believed to be Taiwanese, also stole jewellery worth RM697,601 in two heists at high-end jewellery stores in London and Antwerp last year.