One big family in Malaysia

PETALING JAYA: The unique Malaysian culture of calling one another abang, anneh and taiko has been captured in several Merdeka video ads, receiving a resounding thumbs up from social media users.

The funny and heart-warming messages in the videos struck a chord with many Malaysians, leading to thousands of “likes” and “shares” for the clips on Facebook.

Telecommunications companies Maxis and DiGi came up with their own Merdeka tributes, highlighting Malaysians being united as one family.

He soon learns that Malaysians call each other with the titles of family members in various languages like macha (brother-in-law in Tamil) and taiko (big brother in Cantonese). 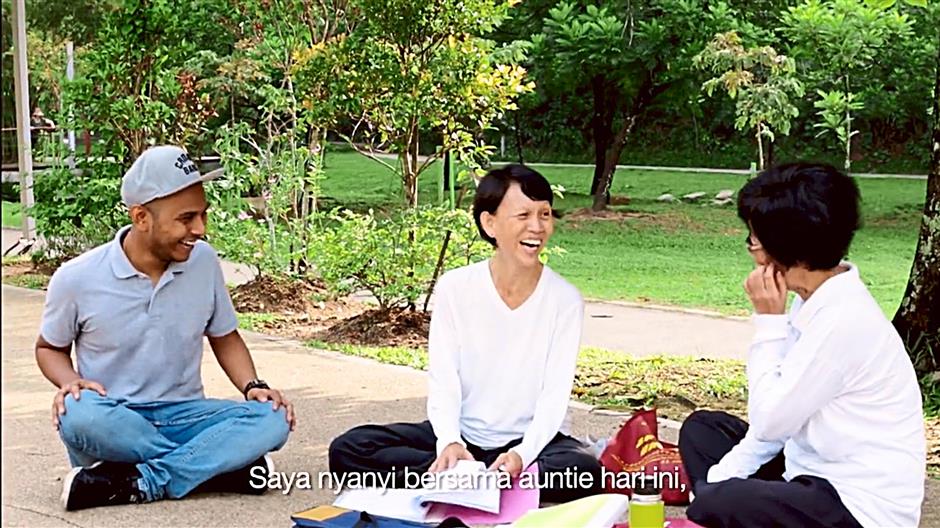 One of the family: A screen grab of Malaysians getting together like family in a scene from the DiGi Merdeka video advertisement.

Sharp then starts doing his own “name-calling”, which leads to hilarious results.

DiGi’s heartwarming video was a social experiment called We are Family to see how many Malaysians would respond to a man who referred to them as family.

He then proceeds to call ordinary Malaysians titles like uncle, makcik (aunty in Malay) and kakak (elder sister in Malay). 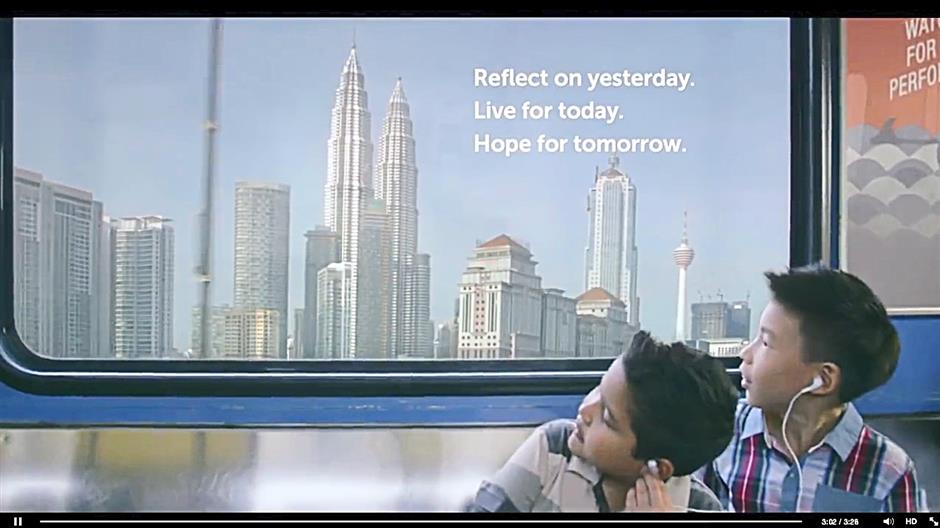 Blast from the past: A screen grab of a scene from the Petronas Merdeka video advertisement of two friends seeing Malaysia grow.

The man revealed that once he “opened up, they naturally opened up as well” and such a phenomenon to call each other family was just the way it was in Malaysia.

Petronas took Malaysians down memory lane with its webfilm called A Walk Through Time, which included some of the nation’s iconic moments like its first independence day in 1957, the formation of Malaysia and a cinema playing the ever popular P. Ramlee’s movie Laksamana Do Re Mi.

The story is simple but moving, showing two friends experiencing how Malaysia has evolved over the past 57 years of its history.

At the end of the video, the two boys are seen travelling in an LRT coach in present day Kuala Lumpur, as the words “Reflect on yesterday. Live for today. Hope for tomorrow” appear in the background.

The video touched social media users like Adlina Sarlis who said, “This is us – Malaysia. Good or bad, this is us.”