They lived, they were loved

Capt Wan Amran from Kuala Kangsar, Perak, is remembered as a kind-hearted and charitable man who loved to joke, said niece Nur Suraya Dusuki, 29. He had been piloting Boeing aircraft for more than 20 years and had been planning to perform the Haj at the end of the year. Capt Wan Amran leaves a wife and two sons, aged nine and seven.

Capt Eugene Choo from Seremban was a humble family man who was always friendly, say colleagues and neighbours. The former student of SM Ibrahim, Sungai Petani, Kedah, was a passionate biker. Capt Eugene leaves a wife and two sons, aged 13 and 10.

Ahmad Hakimi was said to be a very quiet person but he was also very kind and helpful. Although fond of cracking jokes, Hakimi was always very soft-spoken, never raising his voice even when faced with stressful situations.

Muhd Firdaus achieved his childhood dream of being a pilot when he started a career with Malaysia Airlines (MAS). He leaves a wife and a son.

Mohd Ghafar was a member of Masjid Bukit Indah, Ampang, where he lived. He is remembered by his friends as a principled and pious man with a good heart.

Dora Shahila, a single mother who was known to be very close to her 15-year-old daughter Diyana Yazeera, currently studying in Seremban. Diyana regularly tweets about how much she misses her “superhero” mother since the crash, and is constantly sending prayers to Dora.

Azrina Yakob, the second of four siblings, had worked with MAS for 20 years. She is survived by her husband and two children aged six and three. Azrina’s mother Habibah Ismail said that her daughter always kept in touch with her and that she had planned to go back to her village for Hari Raya with her family.

A mother of three, originally from Kelantan. A warm and friendly person.

Mastura was a whiz in the kitchen, often whipping up local delicacies. Her 10-year-old son Muhriz Marzaidi said that his mother would usually cook his favourite food after coming back from work overseas. The last time Muhriz saw his mother was when they broke fast together with his favourite dishes before Mastura boarded Flight MH17.

It was her ambition to see the world and she spent 18 years doing that. She was 22 when she joined the airline.

Also known as Bob, Sanjid was described as a generous, obedient and loving son by his father, Jijar Singh, 71. Sanjid was also a good-natured person, befriending people regardless of race or religion. During his wake on Aug 10, nearly a thousand mourners of diverse backgrounds attended to pay their last respects to him. He leaves a wife, MAS flight stewardess Tan Bee Geok, and their son Hans. 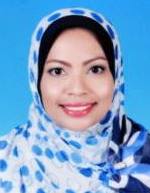 A stewardess of nine years and an avid traveller, Nur Shazana lived her dream of seeing the world with MAS. The eldest of four was also a football fan and according to a Facebook post during the World Cup, she had enjoyed the final between Germany and Argentina. Before the MH17 crash, Nur Shazana had made plans to celebrate Hari Raya in Penang with her family.

The only girl among three siblings, Angeline was described as a good-natured person and was an animal lover. Her final message to her family in Klang, Selangor, was: “Look after my dog Lexi.”