PETALING JAYA: Controversial Kinabatangan MP Datuk Bung Mokhtar Radin has defended his “Hitler” tweet, adding that people who have attacked him on social media for it have done so because of who he is.

Bung said that as a fan of the German national team he was very happy with the 7-1 humiliation of Brazil in the semi-finals of the 2014 World Cup and that there wasn’t anything wrong with the reference to Adolf Hitler.

“I don’t know what’s wrong with people sometimes. Hitler is part of history and the German team fought like how he did,” he told The Star Online on Wednesday.

On Wednesday morning, following Germany’s trashing of Brazil 7-1 in the semi-finals of the World Cup, Bung had tweeted, “WELL DONE..BRAVO...LONG LIVE HITLER”.

Bung’s tweet went viral with netizens condemning the Kinabatangan MP for being “insensitive” and “brainless” among other things.

Bung however, has maintained that his tweet was just for fun and that there wasn’t anything serious about it.

“I think people nowadays should transform their mentality. Whatever I tweet people hit me. They are not hitting me because of Hitler, but because I am Bung Mokhtar,” he said.

Bung has been embroiled in a number of controversies in the past for sexist and politically incorrect remarks.

He made headlines for his 2007 “bocor” remark when he referred to former Batu Gajah MP Fong Po Kuan’s menstruation cycle when arguing about Parlia­ment’s ceiling that was, at the time, leaking. 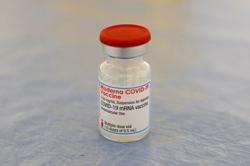