Only 2.5% of Malaysians are blood donors, says DPM

Muhyiddin said various initiatives should be taken to increase the awareness on blood donation among Malaysians.

He said although the supply at the National Blood Bank is at a satisfactory level now, the need for blood is expected to increase in the future.

“I believe the private sectors can contribute to this cause through their corporate social responsibility initiative. 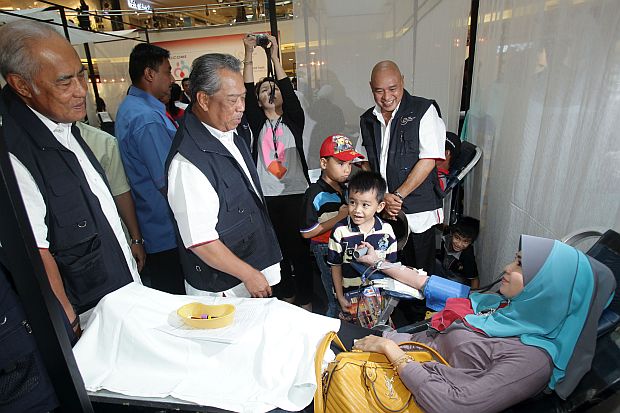 Muhyiddin chatting a with a blood donor during the blood donation drive.


Muhyiddin, who is the founder of the TSM Charity Golf, said the foundation would continue with more blood donation drive programmes to help the people.

He said the blood donation drive organised by his foundation over the past three years has helped more than 1,500 patients in need of blood.

“They could have died or be in serious condition if there was not enough blood, but thankfully, we were able to save them to a certain extent,” he said.

National Blood Bank deputy director Dr Afifah Hasan said the number of blood donors has increased over the years but more should be done to ensure the supply is sustained.

Afifah said the blood span of each pint of blood is only for 42 days and sometimes there is a need for specific types of blood.

Health , Only 2.5% Malaysians are blood donors