Malacca treasure no longer a myth MALACCA: A scene out of Ali Baba and the Forty Thieves may be played out soon in present-day Malacca. The door to a cavern in which priceless treasure dating back more than five centuries is believed to be buried, has been found.

In echoes of folklore, there are symbols to be decoded to gain entry into the cave on Pulau Nangka, an islet 17km off the coast here.

Malacca Chief Minister Datuk Seri Idris Haron is expected to be present to help decipher the symbols carved outside the cave.

“State government officials and the Malacca Governor are planning to visit the island on April 28 in a bid to open the door,” said Idris.

Pictorial evidence provided by Smart Partnership International Sdn Bhd, the company appointed by the state government to undertake excavation there, has revealed that the treasure, said to be worth billions of ringgit, is stored in some 20 chambers inside the cave.

“The treasure is no longer a myth,” said Idris after chairing the weekly exco meeting.

He expressed happiness that the cave door had been finally discovered after a long search since the early 1980s.

Smart Partnership, he said, should be able to reach the chambers and the relics by April 30.

Idris said the state government would then hand over the salvaging operations to the National Heritage Department.

“The state government hopes the Federal Government will share the treasure with Malacca so we can channel the cash for development purposes,” he said.

He promised that the state would be transparent and make public all the items found.

Idris also said that the state’s official organ Melaka Hari Ini had been tasked with handling all media statements regarding Pulau Nang­ka.

“Some media have come out with unsubstantiated reports,” he said.

Idris said the second phase of the excavation work would confirm that the treasure found on the island was part of the riches of the once-prosperous Malacca Sultanate.

“The treasure must have been shifted to a secluded site when the Portuguese attacked in 1511,” he said.

The Star reported on April 14 that the state government had given permits to two local companies to carry out excavation work on Pulau Nangka under strict conditions set by the Malacca Mu­­seum Corporation (Perzim).

There have been countless failed attempts to reach the valuables, which, according to villagers, had “spiritual” protection. 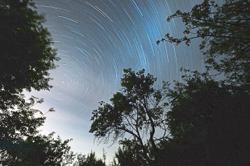