Spoofs of bomoh making the rounds in cyberspace

PETALING JAYA: The hunt for the missing MH370 is on most people’s minds now, but the declaration by a bomoh (shaman) who claims to be able to find the missing jetliner has also resulted in many social media users creating spoofs of his claims.

Bomoh Ibrahim Mat Zin who thus far has conducted two 'sessions' in attempts to rescue the flight has claimed that he could see the flight and believes that it might be hijacked by elves or suspended in mid air. 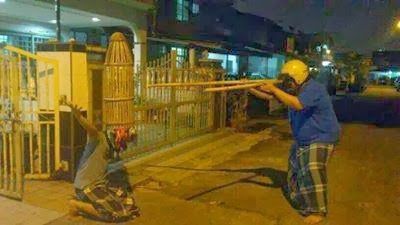 Social media followers have taken this opportunity to create multiple spoofs of the bomoh and his team, most of which are images of them re-enacting his actions of using a 'bubu (traditional fishing object) and bamboo scopes'  as well his 'magic carpet and coconut action'.

Countless blogs posted multiple pictures where the bomoh was referred to as a joke and a national embarrassment especially at this time of distress. 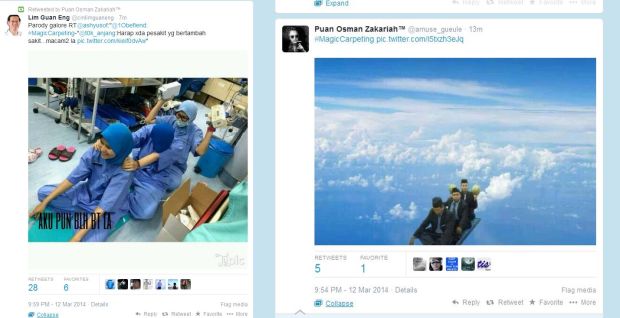 On Wednesday, the Department of Islamic Development (Jakim) had announced that the actions of the bomoh is illegal and that he will be facing legal action, while Youth and Sports Minister Khairy Jamaludin tweeted asking for the bomoh to be arrested and followed up by contacting the Prime Minister’s department to look into the matter.