SEREMBAN: A water crisis is loomimg in parts of Negri Sembilan as the unusually long drought dries up taps in some 8,000 households in the state capital.

With no rain for more than two months, water at the seven dams in the state is near critical levels and dropping fast.

Water rationing has already begun in the affected areas of Seremban district such as Sendayan, Mambau and Rasah bacause of inadequate supply from Sungai Batang Benar in Pantai.

Mentri Besar Datuk Seri Mohamad Hasan said the situation was so bad that the state government was prepared to pay for cloud seeding but it had been told by the Meteorological Department that the weather conditions were not conducive. 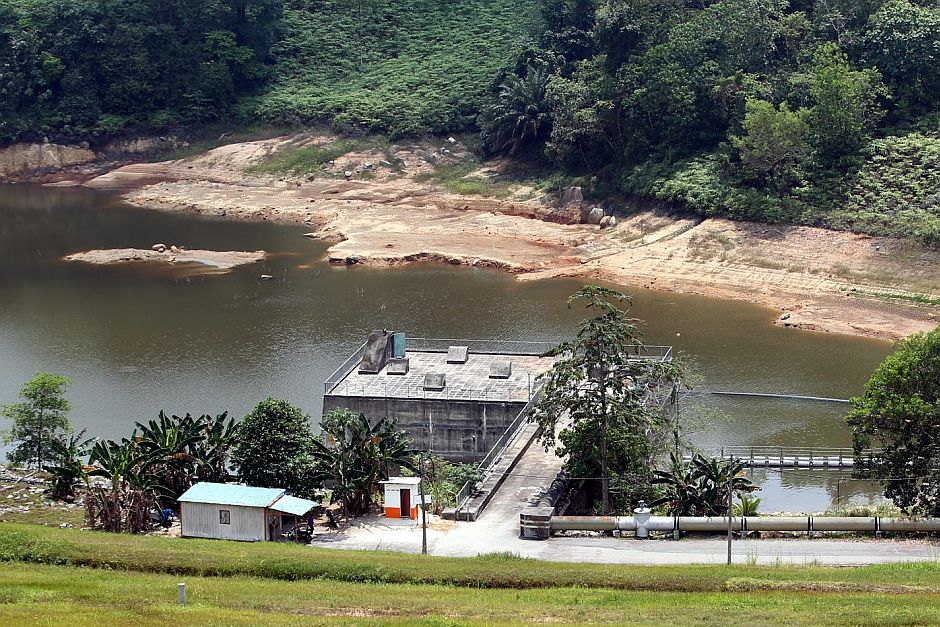 Going down: The Kelinchi dam near Kuala Pilah where the water level is said to be reaching critical level. — KAMARUL ARRIFIN / The Star

“Our administration will exhaust all options to replenish our dams and, if the need arises, we will buy treated water from other states,” he said.

Its corporate services head Norzita Iismail said: “The water at the seven dams is reaching critical levels and dropping rapidly.”

Mohamad said Sungai Batang Benar and Sungai Ulu Muar – which provide raw water to the Talang, Kelinchi and Sungai Terip dams – have almost dried up, adding: “We cannot draw water from them,” he said.

The state government last week sought the assistance of the National Security Council to carry out cloud seeding but was told it would be futile to do so as the easterly winds would blow the clouds out to the Malacca Straits.

Other contingency plans already in place include laying new pipes to draw water from other sources to replenish some of the dams, Mohamad said.

Mohamad said the water treatment plant at Sungai Terip dam, which supplies water to Seremban district, was operating beyond its normal capacity to meet demand.

To overcome this shortage, some 40 million litres will be transferred from the Kuala Sawah plant, which serves Rantau and parts of Port Dickson, to consumers in Rasah and Mambau, he added.

Mohamad also directed the state Minerals and Geo-Science Depart­ment to carry out a survey for potential sources of groundwater.

Mohamad said the state government had taken several measures since the last water crisis in 2006 and these had helped avert a full-blown crisis.

“Construction of the Triang dam and the Ngoi-ngoi plant, for example, has been completed and we will be carrying out tests in the coming weeks before commissioning them,” he said.

The two facilities would be able to supply an additional 135 million litres of treated water a day.

In a statement issued later, the Mentri Besar said: “Although at a critical level, the situation is generally under control. There is no water crisis at this stage in Negri Sembilan.”

We have ample water resources around us, says Perak MB