The attractive purple flowers of the diminutive little herb, Gymnostachyum sp. nov. in the Acanthaceae family, which was discovered by FRIM in a recent plant survey of Zones C and D of Gunung Kanthan in Ipoh.

PETALING JAYA: Botanists have discovered two new plant species and a new species of gecko within an undisturbed portion of limestone forest on Gunung Kanthan that many fear will be quarried in the near future.

“In addition to these two new species, Zone C is also home to nine species on Malaysia’s Red List of Endangered Plants. They are in danger of extinction,” she told The Star. 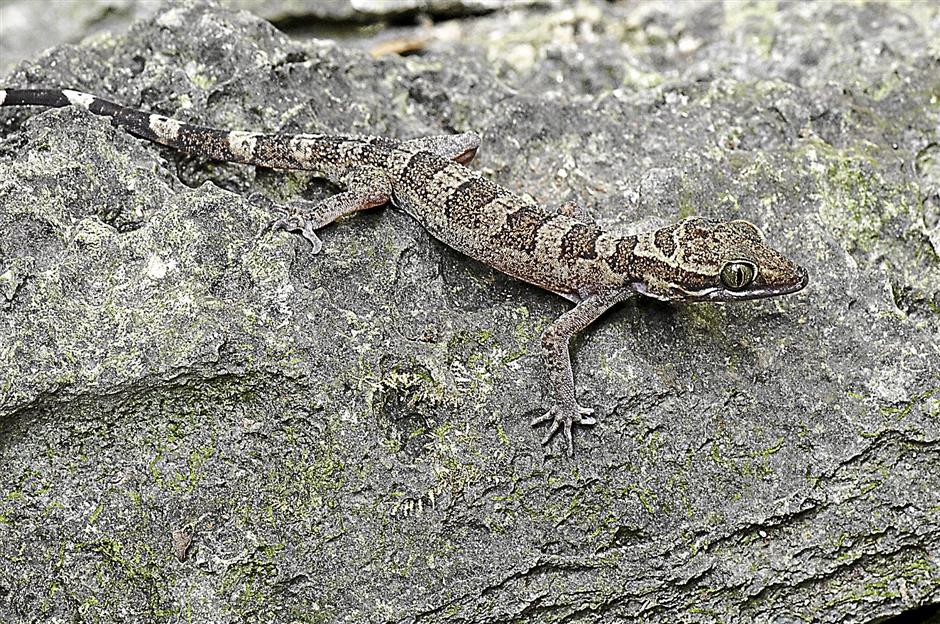 New species: The Gua Kanthan bent-toed gecko and the ‘Vatica nov’ tree (below). The gecko was discovered during a survey of the area by Grismer (inset).

Kiew said the find was made during one of several plant surveys last year in Zones C and D at the southern portion of Gunung Kanthan to compile a complete record of all plant species there.

Botanists also suspect that the critically endangered Paraboea vulpina of the African Violet family had gone extinct on Gunung Kanthan due to quarrying in the northern portion of the mountain.

The plant was recorded there by the Malaysian Nature Society in its 1991 study, and with its extinction at Kanthan, only two other population sites on other limestone hills remain.

American herpetologist Dr Lee Grismer, who had led a group of local and foreign biologists in surveys of the area last July, has also discovered a new species of gecko there. Grismer said the species appeared to be restricted to the hill, as it was not seen in nearby limestone hills. This makes it the second endemic fauna species in the area, besides the trapdoor spider Liphistius kanthan.