Changes in natural habitat cause eagles to seek new home

A pair of White-bellied Sea Eagle guarding its nest found at Mahmoodiah Islamic Cemetery here in Johor Baru on Feb 1. Vast developments taking place in its natural habitat had force the birds of prey to choose the cemetery to build its nest. Pic by ABDUL RAHMAN EMBONG/The Star

JOHOR BARU: A pair of white-bellied sea eagles have chosen the Mahmoodiah Islamic Cemetery in the centre of the city as their nesting place.

The appearance of the birds has drawn much interest in the city as they are usually found along coastal areas and build their nest near the coast or river banks.

Nesting in areas far from the water is quite unusual for these birds of prey, which can be found in countries such as India, Sri Lanka, Australia and South-East Asian countries.

He said the fact that the pair had chosen to nest near an urban area showed the need for greater conservation to be carried out in their living habitat. 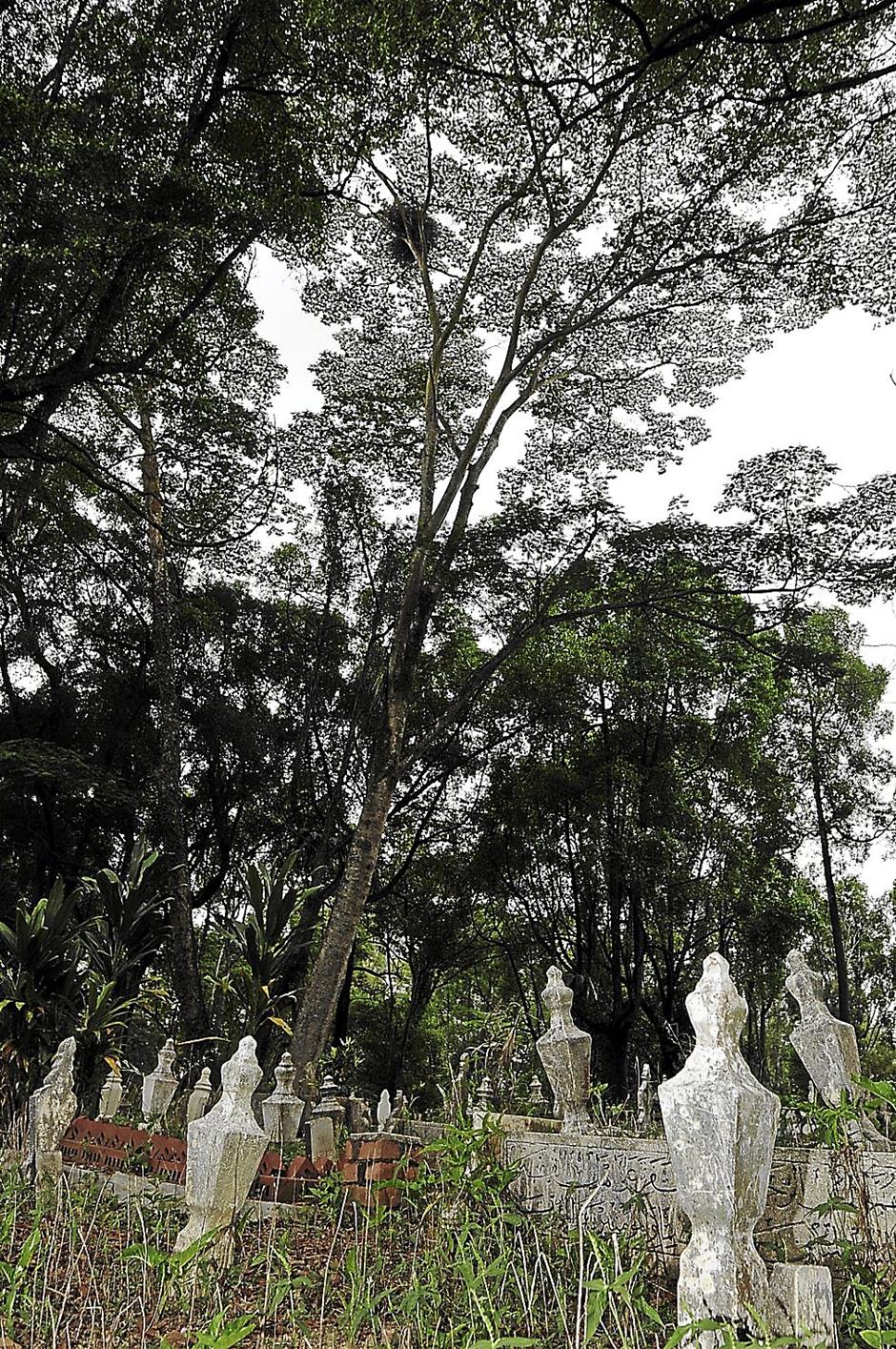 Unique spot: The nest in a tree at the Mahmoodiah Islamic Cemetery.

“A few years back, the bird was a normal sight, especially in Danga Bay and other coastal areas here, where they hunted for fish and other small mammals such as rodents.

“With the change in their habitat, they are now forced to move deeper into urban areas,” he said, urging the authorities to conduct immediate conservation work to restore the bird’s habitat so as to protect the species.

Chow also said that the white-bellied sea eagle, which has been listed as endangered here, usually picks trees that are over 30m high to build its nest to protect its hatchling.

The birds may have chosen the Mahmoodiah Islamic Cemetery because there are many tall trees surrounding it and it is also not very far away from the coast.

“Hopefully people, especially hunters, will not go there and try to capture these beautiful creatures,” he said, adding that the bird would normally lay two to three eggs.

A check by The Star at the cemetery found the pair flying around the area, probably looking for small branches to fortify its nest.

The bird’s upper parts are grey and the black under-wing flight feathers contrast with the white coverts.