At a time when bus companies are complaining about rising operating costs, Konsortium Transnasional Bhd (KTB) says the lighter model can help save the company up to RM8,000 a year per bus.

Being lighter also means that the buses can take tight corners and steep slopes easily, especially on hilly routes like the Genting Highlands.

SKS said the monocoque dispenses with the truck chassis that normal buses used, shaving off at least 1.5 tonnes from a 13-tonne bus.

“When they’re lighter, buses have more braking power and manoeuvrability,” said SKS director Soo Kam Chun. “You save fuel, and there is less wear and tear on the tyres.”

As monocoques were lighter than other models, Soo said that SKS could use more materials to reinforce them without burdening a bus with too much weight.

Another advantage is that the monocoque frame is locally made. However, truck chassis parts have to be imported and assembled by another company.

“They are then driven to a coachbuilder to build a separate body,” said Soo.

“When foreign currencies go up, chassis parts become expensive. Sometimes it can take a long time for orders to be delivered,” he said.

With the new frame, SKS only needs to import parts such as the engine and gearbox before putting them together at its Pulau Meranti depot.

Soo added that SKS’ monocoque was engineered using Japanese and German technologies, and that the company had been experimenting on the model for the past five years.

Asked if he needed a special permit to build these buses, Soo said all coachbuilders had to follow an international standard called “ECE R66”, which is required by the Road Transport Department (JPJ).

Once they have adhered to this, they can build their buses and send them to JPJ and later to Puspakom for testing and approval.

KTB executive director Tengku Hasmadi Tengku Hashim said: “If you take away 1,500kg from a 13-tonne express bus, each bus will use 500 litres or less in diesel every month. We can save up to RM8,000 a year per bus.”

With the same horsepower as other buses, Tengku Hasmadi said his coaches could overtake slower vehicles faster.

He said the design did not necessarily mean more room for passengers, but there was definitely more luggage space. 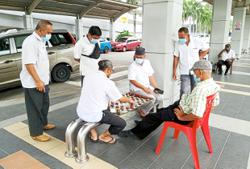 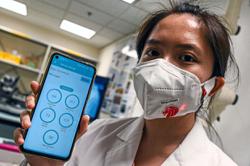