YEAR Six children sitting for the Ujian Pencapaian Sekolah Rendah (UPSR) examination next year will have an extra English Paper. They will be tested not just on English Language Comprehension, but also on Writing. The papers will be graded as two subjects.

Previously there was only one English Language Paper for both national and vernacular schools.

Up until this year, it was only one English Language paper, incorporating both the Comprehension and Writing component, and graded as one subject.

More marks are allocated for the Comprehension Component, while fewer marks are given for the Writing Component.

So, children who were weak in Writing were able to pass the English Paper because of the Comprehension Component. When both components were totalled, it worked in favour of the pupils.

Unfortunately with the new format, children who are weak in Writing will not be able to rely on the Comprehension component to help them pass because it is a separate paper.

With Writing being a nightmare for most students, being assessed and graded for it, is bound to cause more anguish and stress for the Year Six pupils.

This can affect the number of children scoring straights As and passing or failing the paper.

The children in Chinese and Tamil schools have always had problems with the Writing component in Bahasa Malaysia (BM). The children would score in the Comprehension Paper, but fail to make the grade in the BM Writing Paper.

This explains why there are mixed reactions from teachers and parents on the new examination structure.

Some are not too happy with the sudden announcement and feel that more time should have been given to prepare for the new examination format.

This year’s Year Five pupils will be the pioneer batch for the new examination format when they sit for the exam next year, Many people are of the view that with the short notice, it could affect the results of the UPSR examination next year.

Some, however, feel that the new examination format would promote higher order thinking skills.

At a time when there are calls to move away from an examination-oriented system, it is perplexing why an extra paper is being added to the examination format.

The UPSR examination is the first public examination experience for primary school children.

Why do 12-year-olds have to sit for between six and eight six examination papers for four continuous days under pressure and stress!

The word “examination” conjures fear and anxiety and pressure.

Now adding the English Language Writing Component as a separate paper, can put many teachers and pupils under stress.

And with the new added paper, most of us have to feel sorry for the current batch of Year Five pupils who will be put through a rigorous and painful regime to achieve the desired results, next year.

The UPSR examination is primarily used to gauge how the Year Six children have progressed from Year One to Year Six and to measure the children’s performance and competency in literacy and numeracy.

Whatever the results, the Year Six children will still move on to Form One, so why the need to put so much pressure on primary schools and on the UPSR examinations.

Some schools would go overboard and utilise every weekend, every term holiday and many other days or might conduct extra classes. Every school head wants their school to outperform the other school in the UPSR examinations. There is personal pride and glory at stake.

And the 12-year-olds are caught in between. So much is expected of them from their parents, teachers and the school.

We have to stop the over-emphasis on academic and examination excellence for 12-year-olds. The examination pressure has placed unnecessary stress on children. It has taken away the fun of being a child. Some govt exams to be postponed, including parts of SPM and PT3 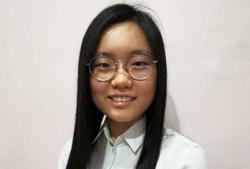