The two associations held a preview exhibition called the “Foretaste”, featuring the works of five urban sketchers, at The Ranee, the boutique hotel located along historic Main Bazaar.

The preview opened last Wednesday and is expected to run until mid-week.

Peggy Wong of the sketchers group said the exhibition was a meeting of the organisations’ aims. 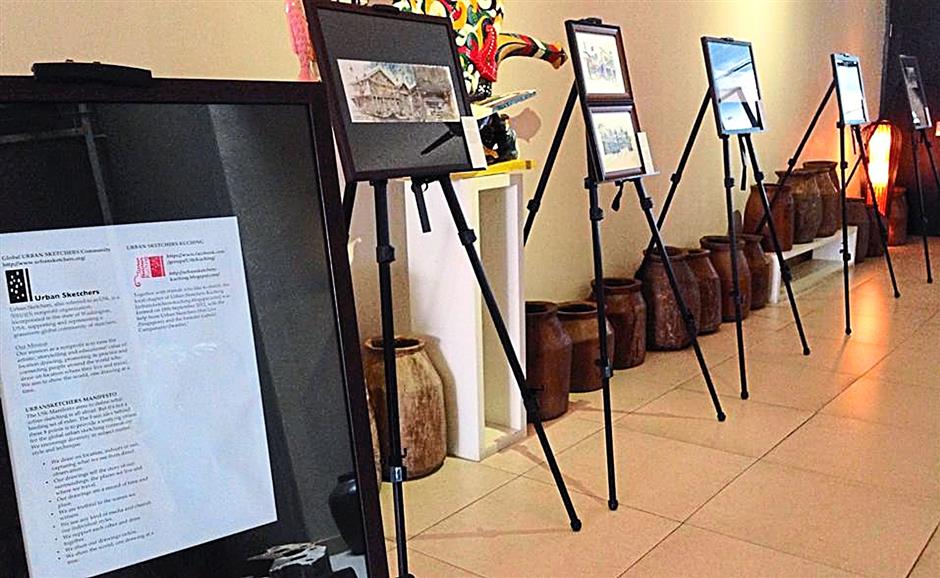 Creative: The preview features the works of five sketchers.

At the same time, the organisations are recruiting members. Although the sketchers’ group is less formal — it is not a registered organisation, and mainly exists as a network of artists who communicate via Facebook, a blog and Whatsapp — that does not prevent it from trying to expand its size.

“Since this is only a preview show leading up to another exhibition later this year, we only have five sketchers’ works on display. There will be more later this year focusing on heritage issues in and around Kuching, and maybe even across Sarawak, hopefully,” Wong said.

The pieces on display are depictions of present day Kuching. Most are sketches of the state capital’s historical quarters. Among scenes captured are Padungan, Main Bazaar, Old State Mosque and Brooke Dockyard.

Wong added that public response from the preview had been encouraging with lots of enquiries to purchase some of the sketches.

Wong said the organisers were considering making small prints of selected sketches for sale at the later exhibition.

The Urban Sketchers is associated with an international community of the same name. The global community claims some 40,000 members and has particularly strong following in Asian cities like Hong Kong, Singapore, Penang and now Kuching.

The heritage society seeks to raise awareness on the state’s history via buildings like the General Post Office which was built in 1932, Fort Margherita (1879), Square Tower (1879), among others.