More should be done to make our playgrounds safer

THE safety of our playgrounds is questionable.

On April 10, an eight-year-old boy was killed when he was crushed by a falling goalpost at a playground in Taman Sri Wangsa, Batu Pahat. Ahmad Ilham Fikri Ahmad Zaki, a Year Two pupil at SK Bukit Soga, died from injuries to the head.

Although, such cases are thankfully few and far between, more can be done to make our playgrounds safer for children.

Parents seem unaware of the hazards posed, and are more concerned about their children being kidnapped rather than getting injured.

Lawyer Shakila Naseer, 40 , who lives in Mutiara Damansara, described the playground in her neighbourhood as “horrible and teeming with mosquitoes.”

“I think our playgrounds are generally not safe, as I have seen broken playground equipment in many places.

“In one playground, I actually saw a swing snap while a boy was using it. Luckily, he was not moving too fast or he could have been severely injured,” she said.

Hence, she sometimes bring her children to indoor playgrounds that charge an admission fee.

“They are better maintained. However, I would prefer to take my children outdoors because it is healthier and you can feel the grass.

Sarasvathy Chandran, a 35-year-old teacher from Happy Garden, keeps an eye on her children, ages five and eight, whenever she takes them to the playground. Playgrounds in Malaysia are generally MS 966:2001-compliant, based on the 1991 International Standard and American Society for Testing and Materials standards.

“My maid also keeps an eye on them. The playground is a dangerous place.

“I have seen rotting wooden see-saws, what if a child gets injured because of splinters?

“Some railings atop the slide are missing, and a child could easily fall.

A seasoned traveller, Sarasvathy pointed out that playgrounds in London and Paris were well-kept and more safe.

“The playground should be fenced up, especially if there is a football field. Kids being kids will surely run after a ball even onto the road. What if he is hit by an oncoming car?” she questioned.

“When my children were young, I would allow them to go to the playground on their own and I didn’t need to worry.

“Now, my neighbour who has young kids, do not dare to take his children to the playground.

“There are mosquitoes and we fear snakes may lurk among the overgrown grass,” he said.

Nor Alizah Mudzafar, 35, from Kajang usually takes her children, ages three, six and nine, to the community complex in Precinct 9, Putrajaya, because there is a pool next to the playground.

“I keep an eye on my children, in case they hurt themselves while playing.

“I feel that generally, playgrounds in Malaysia are safe but there is room for improvement. For example, the rubber mat should cover a larger area,” she said.

Asmawati Mohamed, 39, meanwhile, said it was important for children to be closely supervised as accidents could happen.

“Most playgrounds we have visited are well-maintained,” she said.

According to an expert, Malaysian playgrounds have not changed much over the past 20 years and do not reflect more stringent, international safety standards.

“Playgrounds in Malaysia are generally MS 966:2001-compliant and based on the 1991 International Standard and American Society for Testing and Materials standards.

“Most playgrounds do not comply with the safety and maintenance standards. A survey of playgrounds nationwide should be carried out to ascertain how safe they are,” said certified playground safety inspector Noriah Mat, who is one of eight such professionals in the country.

They have come together to form the Playground Safety Association of Malaysia (PSAM), that was officially registered with the Registrar of Societies in December 2013. 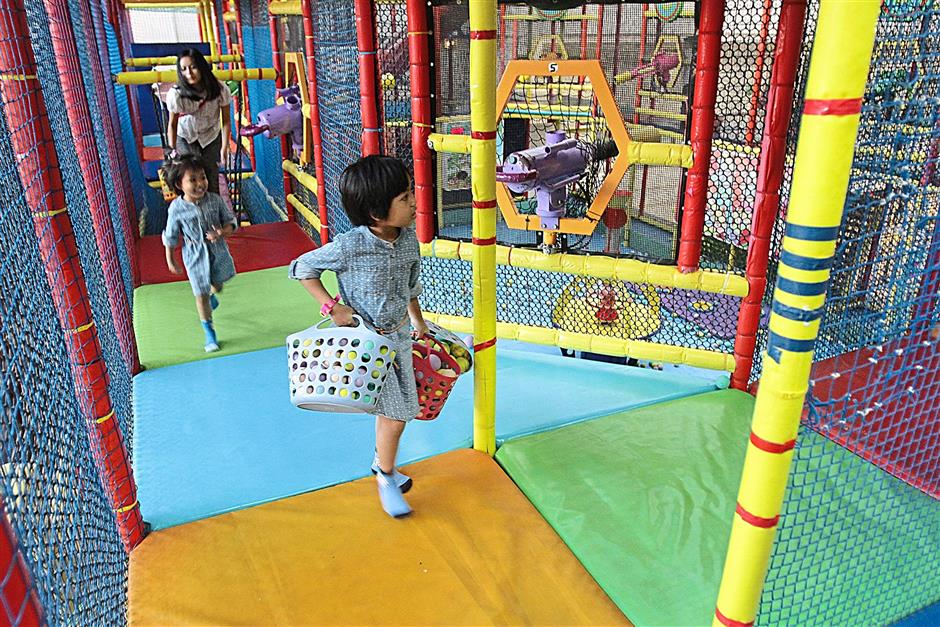 Some parents feel it is safer for their children to play at an indoor playground, like this one, located in a shopping centre.

Noriah said the first playground safety policy in Malaysia was approved by the Federal Territories Ministry on Sept 4, 2013. The policy advocates safer playgrounds to ensure fewer accidents and injuries.

“The Housing, Local Government and Urban Wellbeing Ministry should adopt the playground safety policy and instruct the local authorities to adhere to them.

“The Federal Territories of Putrajaya and Kuala Lumpur have been supportive and passed the policy,’’ said Noriah.