TRANS-boundary haze, peat and forest fires, and land clearing through burning of agricultural land are contributing to the high air pollutant index in the Klang Valley.

“This year, we have recorded more than 2,000 cases of fires in Selangor in February alone, compared to 200 cases in the same month last year.

“Everything has become a fire hazard,” she added.

She said the state was doing everything it could to control the fires and ensure it did not contribute to the haze. 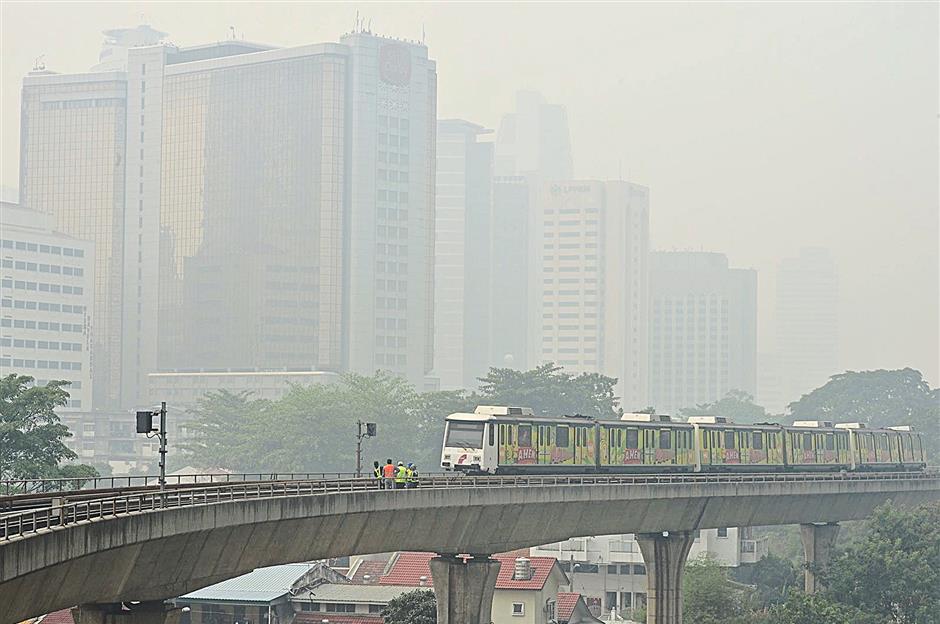 He said apart from smaller fires in Klang, the peat fires in Johan Setia, Jalan Kebun and Jalan Kebun Baru had made things worse.

Zulkepeli attributed the cause of the fire to agricultural burning and said the wind had brought the fire closer to the residential area in Jalan Sopan.

“We are trying to manage all the fires around Klang and Shah Alam. The fire in Jalan Sopan escalated quickly and we were afraid for the safety of nearby residents,” he said when met at the scene at noon yesterday.

He said the wind played a huge factor in spreading the fire to nearby areas.

“We are now using direct attacks to put out the fire since we have to tackle the embers left behind. A slight gust of wind can spread the fire again,” he added.

Zulkepeli said the fire station had received a distress call at noon on Wednesday from resident Istiqomah Sukardi, 37. 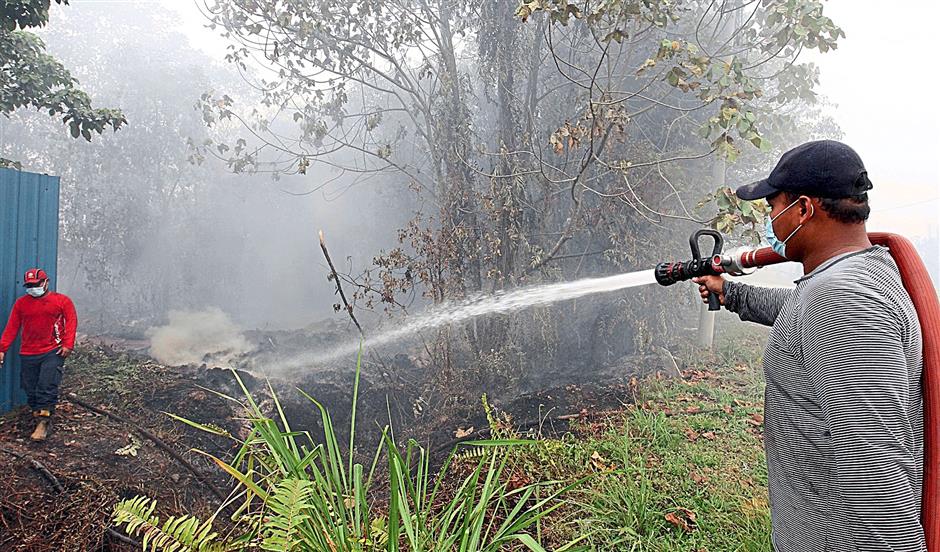 Istiqomah said her 10-year-old son first spotted the fire on Tuesday evening in an empty plot of land adjacent to their home.

“We put the fire out with the help of some factory workers nearby. However, we were shocked to see the fire in another area of the large plot of land on Wednesday,” she said.

Istiqomah said this was the first fire they had seen since they moved into the area six years ago.

The Fire and Rescue team has already found a number of dead animals in the 4ha plot of land and are afraid for the safety of the family, who have declined relocation for the moment.

“My children are having their examinations and it will be disruptive for us to move out,” Istiqomah said.

They have taken to closing all the doors and windows and staying within their home to avoid breathing in the dark smoke.

However, both Zulkepeli and Wong were concerned over the family’s decision.

Wong said she would try and negotiate with the family to relocate them to a relative’s house or a hotel for the time being.

“It will take us another day or two to put the fire out but the water rationing that begins on Friday will hamper our efforts,” said Wong.

There are 11 firefighters and two fire trucks working round the clock to put out the fire.

Zulkepeli said they would have to look for water from other sources when the rationing kicked in.