His life story on canvas

If a picture can tell a thousand words, then Dr Choong Kam Kow’s ‘Cross Culture. Trans Era’ retrospective exhibition of over 260 works is a biography in its own right.

Featuring 15 series created during the various stages of the Ipoh-born artist’s 60-year career, it is a revelation of Choong’s life journey, starting from his early years as an art teacher at the Perak Girls’ High School until his battle with colon cancer in 2005.

The Kungfu series (2005-present), depicting postures and moments in taiji, qigong and shaolin kungfu tells how he recuperated after surgery.

“You can write it down. I am an incomplete man. During surgery, doctors cut off some 50cm of my intestines,” exclaimed Choong, now 80.

The cancer, he revealed, was discovered while he was working on his Dragon series (circa 2000- 2012).

By the time the Raja Permaisuri Perak Tuanku Zara Salim launched the exhibition this month, the Federation of Asian Artists chairman revealed he had won his battle with cancer.

Amazingly, the colours on his early pieces have withstood the test of time.

“I kept them flat in a closet, wrapped in white paper. To keep the silverfish at bay, I used camphor and star anise,” revealed Choong on how he preserved his early works. 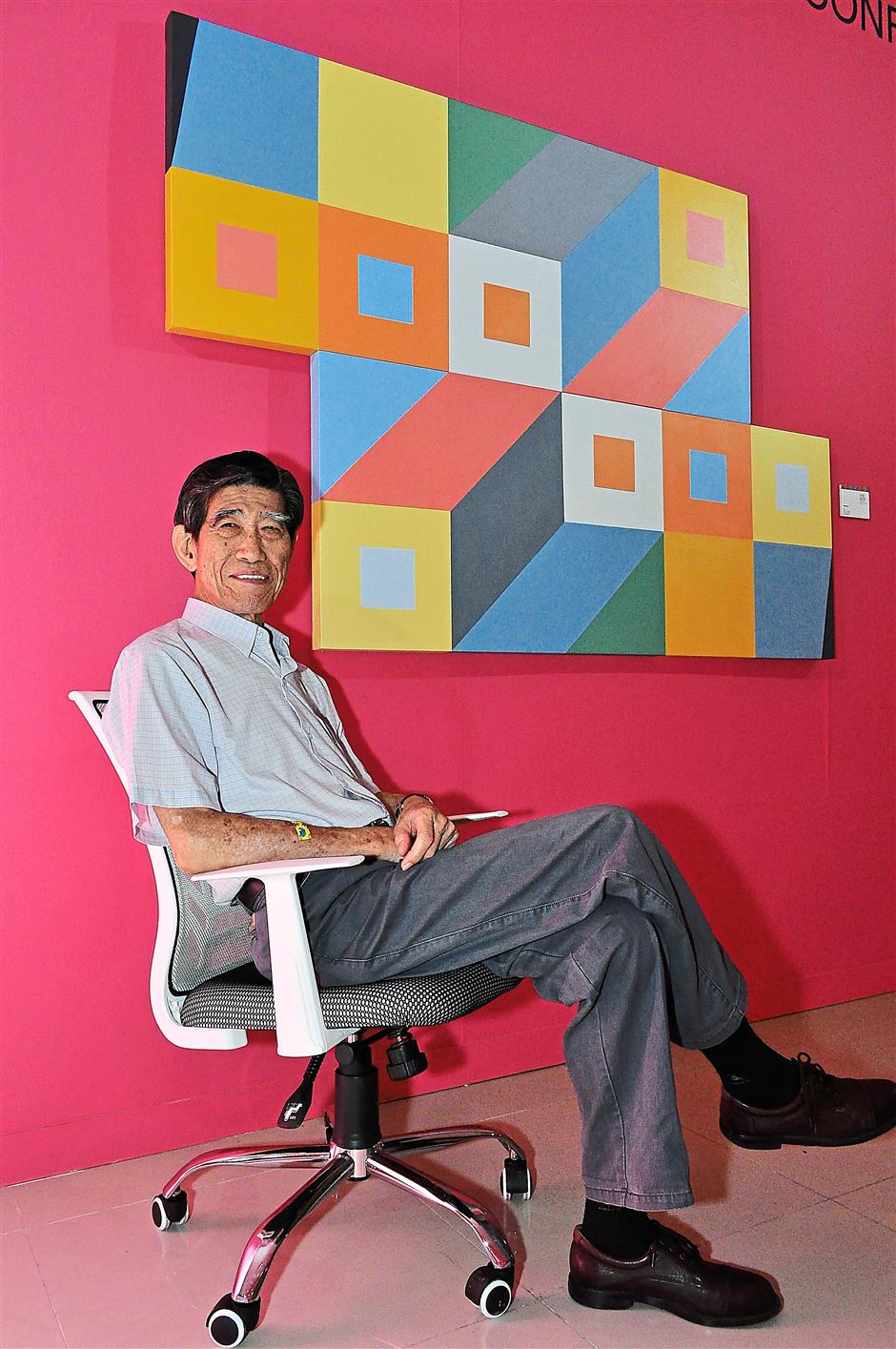 Storyteller: Choong beside one of his works from the Shaped Canvas Series.

We start with the Formosa series (circa 1957-1961), a showcase of water colours on street scenes and landscapes. This was done during his years as an art student.

“I was in my 20s then and fresh out of a teachers’ training course. Two years later, having made up my mind to further my studies, I applied to the National Taiwan Normal University in Taipei,” said Choong.

Even then, he was very clear about his life’s goals — the pursuit of education and artistic innovation. He was not interested in student politics.

Choong’s stand on artistic innovation was first seen in the Kinta (circa 1961-1978) and Expressionistic Ink Painting Series (circa 1965-1986), portraying villages, mountains, tin-mines and the riversides in Perak. Here, he used Chinese inks and rice paper to depict Malaysian scenery.

The Figure Studies series (circa 1965-1968) was also where he showed his mischievous streak when he deconstructed the human female form into an anatomy puzzle, done perhaps in an attempt to cover the model’s undressed state. 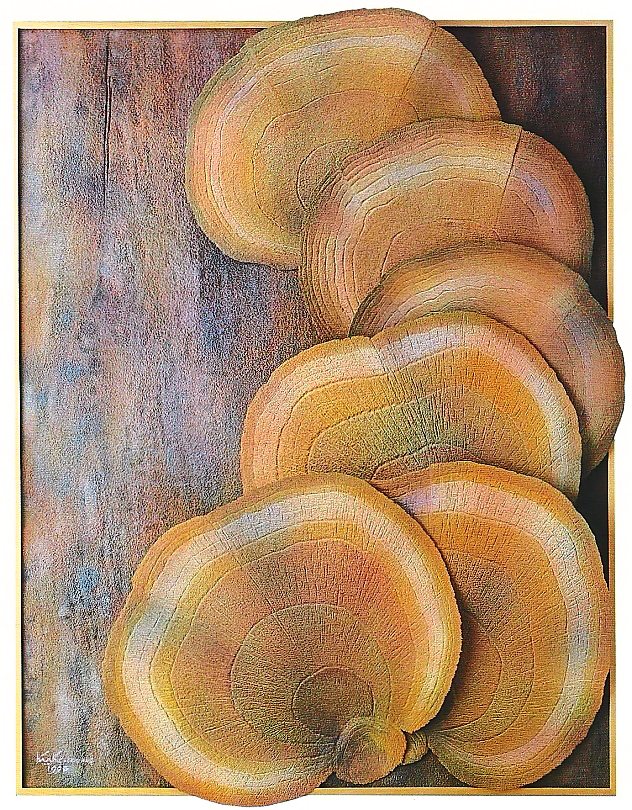 “There are times when an artist does not have to draw everything. He must trust the audience to have the intelligence to make out what is being depicted. In my riverside paintings for example, I purposely left the riverways blank, save for a few strokes to show reflection,” explained Choong.

On whether he had ever suffered the angst of inferiority complex, he said it is important for young artists to accept the fact there will be others who will be better.

“But while I may not be the best, I am also unique in my thoughts and ideas. So the focus must be on this thought. At the end of the day, what is important is how you have expressed this thought,” said Choong.

One can see traces of life’s significant events in Choong’s work.

The New York Series (circa 1965-1968), oil compositions featuring hard-edged geometric shapes next to patches of sand pebbles, reflected the tension of culture shock in New York when he received the Fulbright Grant to study modern art at the Pratt Institute.

“For the first time in my life, I had to do my own cooking and washing,” he recalled.

The bombastic colours in his Shaped Canvas Series (circa 1969-1972) was clearly the effort of an artist in love. 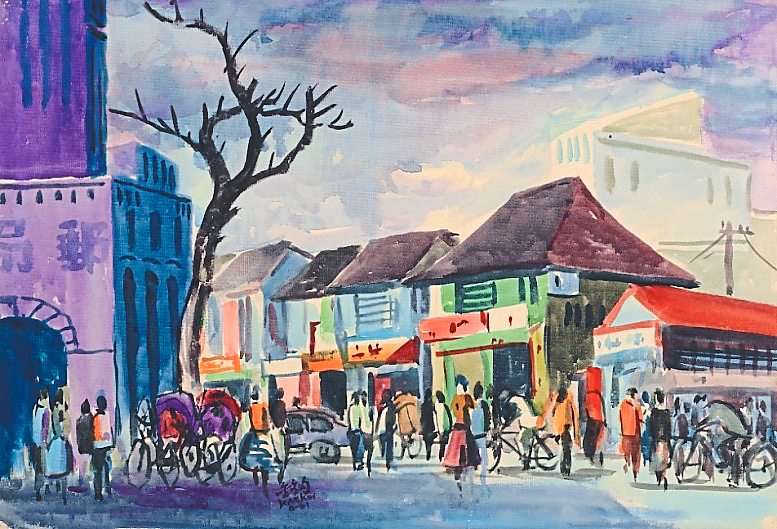 It is said that Choong had wanted to mirror the beauty of an industrial system. Though he maintained this had been his response to the call of science and technology for a nation in search of progress, he also confessed this was when he was in the midst of courting his wife.

“The striking colours were mixed by my own hand. Back then, people had yet to hear of colours like cyan. At that point, I called them ‘Choong Kam Kow’ colours,” he joked.

But the most fascinating aspect of Choong’s body of work is the SEA Thru Series (1971-1975). Named after the artists’ residential area in SEA Park in Petaling Jaya, the wavy forms of his post-box like sculptures are reminiscent of a pregnant female form. True enough, Choong admits, his wife was then expecting one of their three children.

From hand-sculpted paper pulp to silk screen printing and handmade paper to printed texts, Choong is a great experimenter of mediums. His 3D giant lingzhi mushrooms, created from handmade paper, is an example.

“Art making is an evolving journey. Even at this age, I continue to explore and create.” Cross Culture. Trans Era. will be on exhibition until March 31 at the National Visual Arts Gallery from 10am to 6pm, Mondays to Sundays.