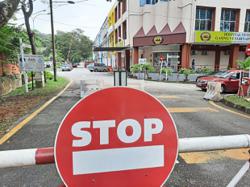 Having the authority: A panel of five judges ruled that MBPJ was fully empowered to approve the guardhouse with the boom gates in accordance with the council’s guidelines for guarded communities. — Filepic

NOT many houseowners who disagree with the gated -and-guarded scheme in their neighbourhood would have the determination to sue their residents association and see it through right up to Federal Court level.

While Au Kean Hoe’s suit against D’Villa Equestrian Residents Association in Kota Damansara, Petaling Jaya, was ultimately dismissed by the Federal Court,the case is expected to result in clearer guidelines and greater regulation of gated-and-guarded communities. The ruling allows boom gates across public roads and guardhouses.

Section 5 Residents Association president Mohd Rafiq Fazaldin said the ruling was a relief for those worried about rising crime rates in their area.

“We have been using boom gates in our area for about five years,” he said, adding that they did not bar access to people but the vigilant security helped discourage would-be criminals.

Yew said crime had reduced significantly since its implementation.

“We used to have about 35 to 40 crimes reported per month but that has now dropped to about one to two cases now,” he said.

The five-member panel chaired by Chief Judge of Malaya Tan Sri Zulkefli Ahmad Makinudin in their judgment on March 19 said regulated access to a defined area was not an obstruction in law, particularly if it was for security purposes.

Justice Zulkefli said guardhouses and boom gates were authorised structures under the Town and Country Planning Act 1976; the Street, Drainage and Building Act 1974 and the Local Government Act 1976.

He noted in his judgment that the Petaling Jaya City Council (MBPJ), as the relevant local authority in the present case, was fully empowered to approve the guardhouse with the boom gates in accordance with MBPJ guidelines for guarded communities issued by the Urban Planning Department in May 2011.

“The decision upholds the validity of state government guidelines over current practices, in particular its approval of manned boom gates to regulate access.

“It underlines the council’s power under the Local Government Act to regulate public safety.

“Schemes that are not approved by the council and do not comply with the guidelines are considered illegal,” he pointed out.

He said limiting access to neighbourhood roads was not a problem for cul-de-sac.

“However, public roads which lead to other areas in the neighbourhood should be accessible during the day.

“Service providers engaged by local councils such as garbage collectors and street cleaners should have access to gated neighbourhoods,” he said.

He added that the state government should have clear rules to ensure the gated-and-guarded scheme is well regulated.

“Sometimes, the council will tear down the boom gate when just one or two residents complain,” he said.

He noted that some areas might not be adhering to the ruling that boom gates are not supposed to be down during the day but only between midnight to 6am.

“About 80% of our residents supported erecting boom gates,” he said, adding that the remaining 20% comprised tenants and students renting rooms.

Fernandez said the guidelines might need to be amended to ensure that residents who were not part of the scheme were not forced to lift the boom gates themselves to gain access to their homes.

“I hope MBPJ and the state government will make amendments to be fair to those who do not want to join the scheme for various reasons,” he added.

In its statement to StarMetro, MBPJ said that it would review and modify the basic basic guidelines in view of the court ruling.

“The guidelines include getting agreement from 75% or three-quarter of the residents. obtaining a temporary occupation licence from the Petaling Land and District Office as well as a temporary building permit from MBPJ for constructing a guard house, and installation of swing gates only allowed at lanes with security guards on duty round the clock,” the council stated.

It added that up till March 26, MBPJ had approved 32 residents association to set up a “guarded community.” 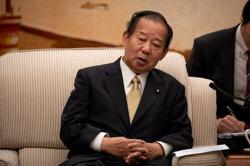