Bread gets 'modernist' inspection from those clever Modernist Cuisine folks

Is it food? Yes it is. This, believe it or not, is a 'modernist' take on the humble jam on toast.

The brains behind a cookbook series that’s been described as the most astonishing and most important of its kind in the 21st century have released details on their next project: a cookery book on the art of breadmaking.

If Modernist Cuisine is anything to go by, expect the follow-up book on bread to be written with a startling amount of fastidious detail, scientific rigour, stunning photography and illustrations.

Like the six-volume, 2,438-page encyclopaedic magnum opus that is Modernist Cuisine, The Cooking Lab’s next project is described as an in-depth, multi-volume set that will delve into the history, science and techniques of breadmaking. The series is being pitched for amateur home bakers, restaurants and small-scale bakeries.

Why bread? “Because it’s so ubiquitous that we now have vast, daunting selections of breads to choose from at most grocery chains,” reads a blog post on the Modernist Cuisine website.

“Many of us have started taking the bread course for granted when dining out. But bread shouldn’t be an afterthought on the table or simply a building block for sandwiches – breaking open a good loaf of bread, fresh from the oven, is an experience that can evoke nostalgia for years to follow.”

While the team also points out that baking bread at home is seen as an intimidating process, it remains to be seen if their next series will help take the mystery out of bread making or inspire home cooks to take up the task.

Though it was vaunted as a landmark cookery series by master chefs and foodie elite when it was released in 2011, Modernist Cuisine was also criticised for being impractical and unrealistic for home chefs. Recipe instructions call for equipment like homogenisers and centrifuges and obscure ingredients like hydrocolloids and emulsifiers – definitely not things one can easily find at an average supermarket.

Leading the bread project, meanwhile, will be Francisco Migoya, the former executive pastry chef at the French Laundry and professor at the Culinary Institute of America, as well as Peter Reinhart, a teacher, chef and best-selling author of nine cookery books on bread. 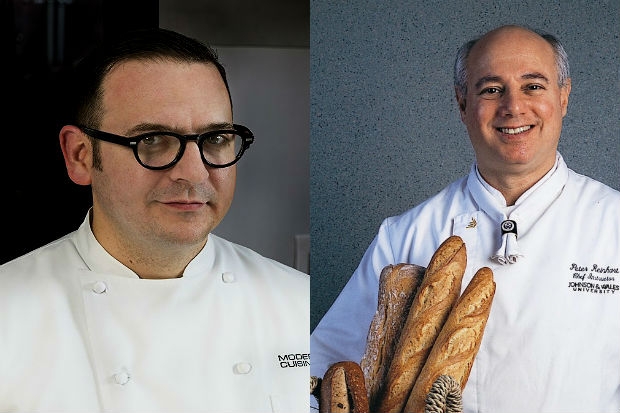 Modernist bakers: Francisco Migoya (left) and Peter Rhinehart, who will be overseeing the writing of the Modernist Cuisine book on bread.

The Cooking Lab, meanwhile, is a multi-disciplinary food and research lab that birthed Modernist Cuisine and is the brainchild of Nathan Myhrvold, whose resume is a colorful and astonishing CV dotted with stints as a chief technology officer at Microsoft and postdoctoral physics protege under Stephen Hawking at Cambridge University. – AFP/RelaxNews

Count down to Christmas with capsule coffee collection
Elegant feasts for discerning diners
Why are collaborative dinners so popular in KL now?
Southern favourite Laksa Johor the star of set lunch
Luxury touches in Yuletide feast
Flavourful fritters perfect for teatime
A toast to Arthur: Guinness launches first official flagship outlet in KL
Satisfying tourists’ appetite for Sepang
Hotspot for hearty curry noodles
The Michelin Guide in Malaysia: Everything you need to know