So long as peatlands are cleared for agriculture, there will be haze

Nearly every year, a sooty and smoky layer of air envelops us, assailing our senses. Watery eyes, blurred vision and breathing difficulties are felt, all tell-tale signs of the onset of haze.

For too long, this dreaded smoky affair has distressed people in some six South-East Asian countries and even affected their economies.

In one of the worst recorded haze which occurred in mid-2013, Singapore registered its highest ever PSI (Pollutant Standards Index) reading of 401, a level considered hazardous.

According to a lecturer specialising in the politics of transboundary haze in the region, the root of haze stems largely from bad peatland management.

“Peat should never be touched as they are valuable for their carbon storage. When cleared for agricultural purposes like oil palm plantations, the peat dries up quickly and oxides, becoming fire-prone, and the stored carbon is released,” says Dr Helena Varkkey, a senior lecturer at Universiti Malaya’s international and strategic studies department.

She recently spoke on the topic at the Mindset series of public lectures organised by the University Nottingham Malaysia Campus.

“Indonesia has the world’s largest peatland ecosystem at 5%. A 2008 research showed that 27% of all Indonesian oil palm are planted on peatlands. Hence, when we talk about transboundary haze, the reference is specifically upon Indonesia. If the burning happens during the drought months, the fires are bigger and harder to put out.”

She has not studied management of Malaysia’s peatlands as intensely as she has for Indonesia but contends that fires generated here mainly spew smoke out towards the South China Sea due to the prevailing wind direction.

She says intentional fires are started by farmers who burn the land for subsistence crops. This accounts for about 20% of all fires but are usually not on peat. Accidental fires occur when dried-out land becomes fire-prone. 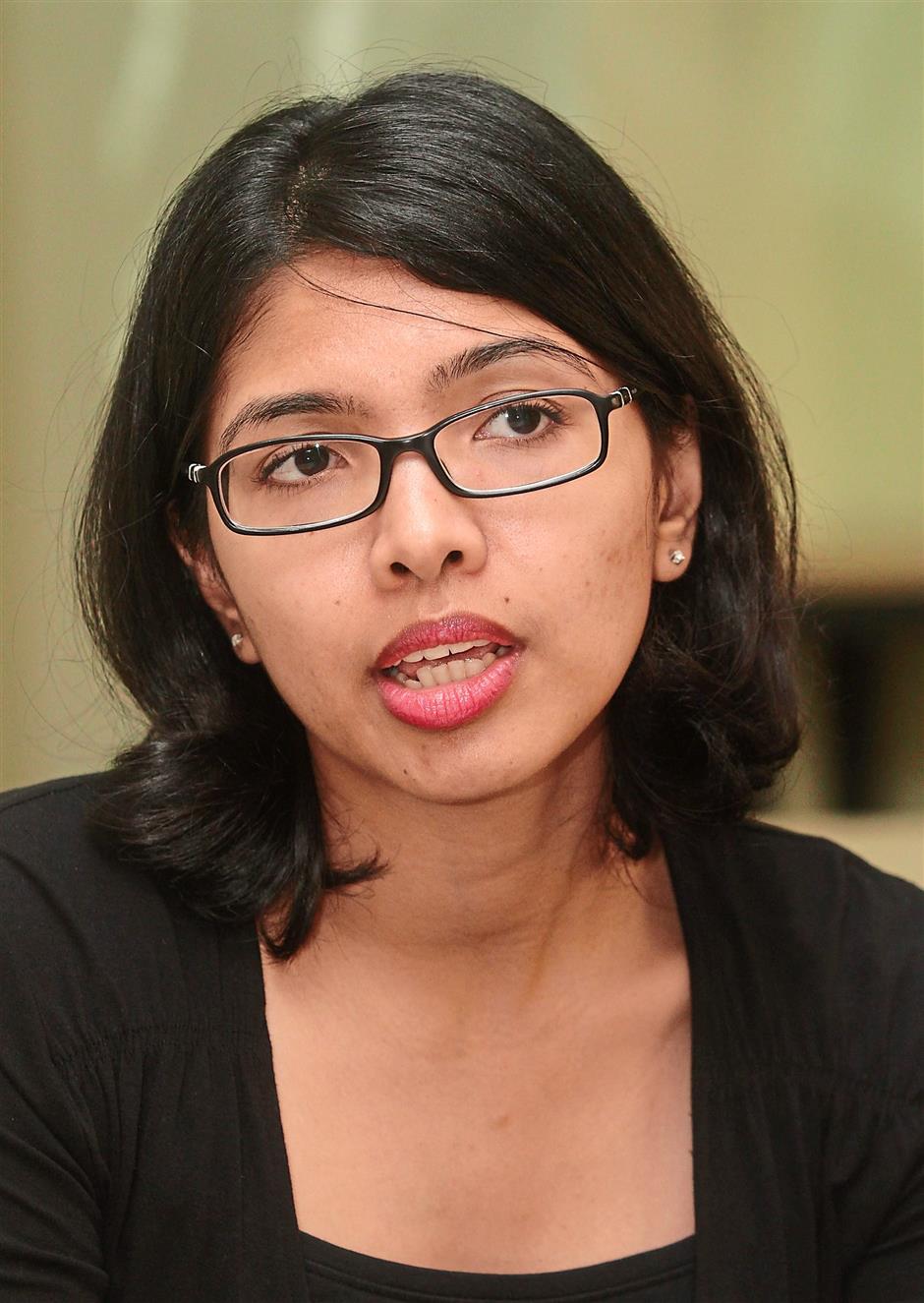 Varkkey says the root cause of haze is exploited and disturbed peatlands.

“Peatland fires can burn on the surface and also underground. It can spread far and wide when underneath. When this happens, the fire can only be put out by flooding the peat entirely, though this may prove difficult when fire-fighting services are located far away. Sometimes, just when you think the fire is out, it kindles elsewhere underground and starts again,” says Varkkey.

Despite laws and policies in Indonesia limiting the opening of peatlands, the prevalent culture of patronage and decentralisation see companies getting logging concessions.

“The Indonesian law states that any peatland exceeding 3m in depth should be protected, and no concessions should be issued for areas where more than 30% is made up of peat with a thickness of at least 3m. Yet, the law hasn’t had much of an effect, as many firms have so-called ‘functional directors’ appointed to perform ‘extra-economic’ functions.

These individuals are usually retired bureaucrats who act as intermediaries with the state and perform advisory and brokerage functions on behalf of the company, and are able to secure choice parcels of land,” says Varkkey who has studied Indonesia’s peatland politics and its complexities.

Varkkey says non-peat forest fires can generate haze too, though to a smaller extent.

Regular forest fires spread more slowly among the vegetation above ground, compared to the quick spread of peat fires underground. These fires are also more visible and thus easier to put out.

Varkkey says the Asean Agreement on Transboundary Haze Pollution, first signed in 2002, is a legal agreement involving 10 Asean countries that aims to reduce haze through co-operation.

Malaysia was one of the first countries to endorse the document while Indonesia was last to do so, in September. The effectiveness of the ratification remains to be seen.

“A moratorium on the award of new licen-ces in primary natural forests and peatlands in Indonesia was also initiated in 2012 to enable the development of a database of forests and peatlands for the authorities to take stock. Just last year, the moratorium was extended by two years to 2016. That said, it doesn’t cover existing agricultural activities on already-exploited peatlands, so it seems like it’s almost pointless since the haze could still be triggered.”

At an Asean meeting on transboundary haze pollution in July 2013, Singapore had proposed a haze monitoring system featuring digitised mapping of land use. The proposal was rejected by Malaysia and Indonesia.

Eventually, a compromise was settled for only ad-hoc sharing of maps at a government-to-government level, but subjected to leadership approval. 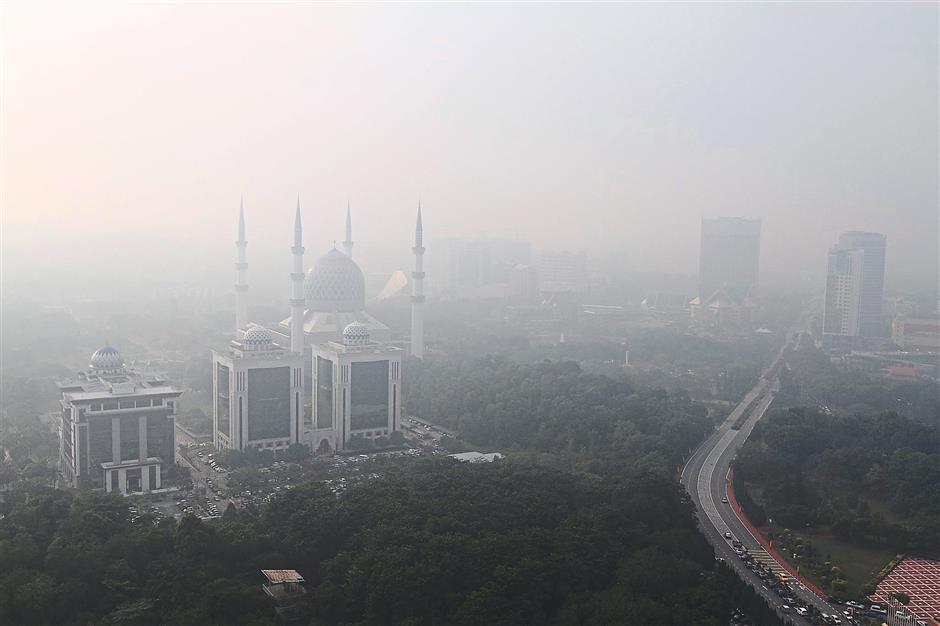 Haze not only cause watery eyes, blurred vision and breathing difficulties; it can cause deaths too. — Filepic

At the same time, proposals have been sent in by overseas countries keen to invest in carbon stocks but these too have reached a snag.

“Carbon stock investment will only work if the monetary returns are higher than the conversion of peat into agriculture. Until and unless the issue of peat management is being duly addressed, haze and peat fires will always be difficult to solve,” says Varkkey, who adds that the “polluter pays principle” has been previously declined for use at the Asean level as it denotes finger-pointing and the singling out of a country, which works against the norms of Asean.

In an article published online in Asia Research News by ResearchSEA, Mazrura writes that haze increases the concentration of toxic airborne particles that are smaller than 10 microns in size, such as carbon monoxide, sulphur dioxide, nitrogen dioxide and ozone.

“In 2013, a week-long forest fire in Sumatra’s Riau province released as much greenhouse gases as 50 million cars emit in a year. Toxic particles from haze are the deadliest form of air pollution as they can penetrate deep into the lungs and bloodstream, causing DNA mutations, heart attacks and premature death.”

She has also studied the link between mortality rates arising from respiratory illness in the Klang Valley during 88 days of recorded haze events between 2000 and 2007. She found that respiratory mortality increased as a result of increased exposure to toxic particles during the hazy days. 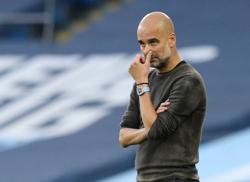