Scientist keeps his focus on earthquakes and tsunamis

Poor planning: Fishermen's homes in Banda Aceh in Sumatra, Indonesia. The people of Asia are vulnerable to tsunamis as homes are built on shorelines and commercial activities occur there too. - Filepic

Much work is being done to better-forecast the occurrence of these natural disasters.

Did you know that the filling of a man-made water reservoir can induce tremors in the earth? In fact, there has been at least half a dozen reservoir-triggered earthquakes registering magnitudes 6.0 and larger, causing substantial damage and killing hundreds.

This revelation was shared by Dr Harsh K. Gupta from India, an authority in the field of seismology (the scientific study on earthquakes).

“Water reservoirs are needed for water supply, flood control and power generation. When the reservoir is impounded, fluid pressure increases and the accumulated stresses make it possible for ruptures to occur. Globally, there are already more than 150 examples of these provoked earthquakes, such as Koyna in India (1967), Xinfengkiang in China (1962), and Kremasta in Greece (1966).

“When we started investigating the causes, I found that these earthquake sequences have some similarities which are different from the normal sequences. So, what we did was to first identify these common characteristics and thereafter, develop ways to find safer sites.”

Various tests are conducted to determine how much stress the rock can withstand before failing. The technique makes it possible to find safer sites since reservoirs will always be built.

“Worldwide, there are two categories of earthquakes – the first which happens in areas close to plate boundaries (where new crusts are being created) and the other, which occur away from the plate boundary. The latter is known as the ‘stable continental region’ and is where reservoir-induced earthquakes mostly occur in. Here, the recurrence of the next quake is usually unknown until a reservoir ‘draws’ the quake ahead of its time,” says the award-winning scientist from India.

He says what differentiates a reservoir-induced earthquake from a natural one is an element known as the b-value, which is the ratio of the largest earthquake occurrence against the smallest. 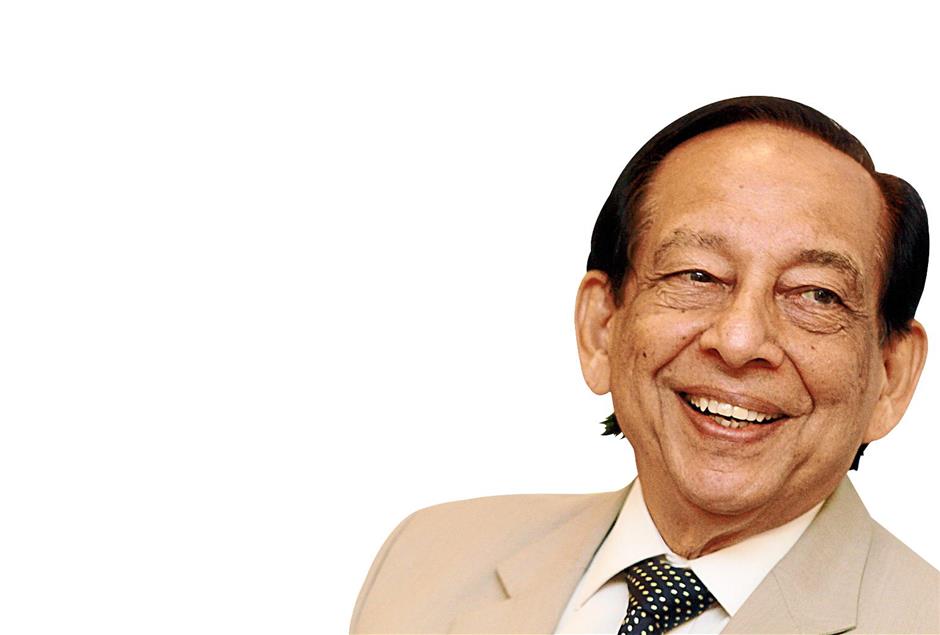 Dr Harsh K. Gupta of India devises ways to forecast the ooccurrenceof earthquakes and tsunamis so as to
reduce the number of casualties from such disasters. – Muhamad Shahril Rosli/The Star

“A normal earthquake sequence in a stable continental region consists of just main shock and aftershocks, while a reservoir-induced one will have foreshocks, main shock and aftershocks. In Koyna, we are trying to develop an earthquake model … there is none in India so far … to determine what exactly happened before, during and after the earthquake at this site. We have installed bore holes to see the kind of changes that took place in the ground.”

Gupta says Asia is vulnerable to natural disasters; the region accounts for 70% of lives lost globally from natural disasters. The fact that seven of the world’s 10 largest cities are located in Asia hints at the staggering rate of urbanisation in the region.

Gupta says this situation begs for disaster risk reduction programmes to be ingrained into major projects from the very beginning.

He says most disasters in Asia occur because people did not do what they should be doing, as in the case of the 2004 devastating Asian/Indian Ocean tsunami where some 250,000 people died, mostly within 500m of the high tide line.

“There weren’t supposed to be commercial activities along the sea but the law was flouted, which contributed to the huge loss of lives. Also, a lot of buildings were not built to be disaster-resilient. The number of lives that perished in earthquakes and tsunamis in the last 13 and a half years of the 21st century have exceeded the total lives that were lost (from the same causes) in the entire 20th century,” he states.

“People who used to live in single-storey wooden houses have shifted to multi-storey homes that are not earthquake proof. When we tell people to go to safe places during an earthquake, we should already have pre-determined safe spots for them to hide in. When disaster strikes, panic mode sets in and we are unable to think straight. Therefore, everyone will be better off by establishing a safe spot before anything happens.”

Gupta says the National Disaster Management Authority of India, of which he is a member, has developed a method to gauge the number of people who will be affected or killed in the event of an earthquake. He adds that in India, an anti-disaster response force has been formed with some 15,000 policemen already seconded for rescue training, and provided with rescue equipment so that they can be mobilised for action.

“Lifeline buildings like hospitals, fire stations, police stations and schools are vital, and we have architects and engineers who can give a quick estimate on whether a structure can survive in an anticipated disaster. If it can’t, it has to be retrofitted. We have made a scale that if the retrofitting accounts for 50% of the construction cost, it’ll be better to have a new building.”

One of Gupta’s most important contribution to seismology is the initiation of the Indian Tsunami Warning System, which consists of 12 pressure recorders planted in the bottom of the Indian Ocean. He says the warning system transmits signals through real-time monitoring, and has been functionally reliable thus far.

Unlike the larger Pacific Ocean which is covered with geological features capable of generating tsunamigenic earthquakes, Gupta contends that there are just two such zones in the Himalayan-Alpine belt in the Indian Ocean – one is the stretch from Java-Sumatra to Andaman while the other is located 500km off the Makaran Coast in the Arabian Sea.

“The reason for this is because the earthquakes that occur in other spots (of the Indian Ocean) will not create a rupture in the seabed. Even if they do, the water depth is insufficient to produce the vertical displacement that forms a tsunami. In the 20th century, there were close to 700 small and large tsunamis in the Pacific Ocean compared to just three in the Indian Ocean. This was why when the 2004 tsunami happened, a lot of people were not familiar with it.

Gupta says the sheer expanse of the Pacific Ocean makes it impossible to have pressure recorders lodged in the water. Some 2,000 units might be required. Cost will be high and conducting maintenance work will be difficult.

He adds that in some areas of the Pacific, it will take only five minutes before a tsunami hits the shore, thus defeating the purpose of having the pressure recorders.

The first one, Dams And Earthquakes, has since been translated into Russian and Chinese. His accolades include the Shanti Swarup Bhatnagar Prize in 1983 (India’s science and technology award), the USSR Academy of Sciences “100 years of International Geophysics” Memorial Medal in 1985, India’s National Mineral Award of Excellence in 2003, India’s Padma Shri civilian award in 2006, the Waldo E. Smith Medal by the American Geophysical Union in 2008 and India’s National Ocean Award of Science and Technology in 2008.