He told a Halal seminar in conjunction with the Malaysia-Xi'an Halal Week  2015 at Muslim Street here today, that Malaysia as a progressive Islamic country had positioned the halal industry as one of its economic competitive advantages to flourish on the global arena.

"Malaysia has moved up the value chain to high-technology as well as research and development activities.
"Malaysia also believes all can benefit in the halal industry as the halal factor is a key issue for about 1.8 billion of Muslims.

"The global halal industry is estimated to be worth around US$$2.3 trillion in transcending the religious interest of the Muslim community to acceptability by non-Muslim consumers," he added.

The Malaysia-Xi'an Halal Week 2015 which began last Sunday will end on May 31. Xi'an is the capital of Shaanxi province with a Muslim population of more than 72,000.

More than 100 businessman from Shaanxi province, the religious committee of Shaanxi, the Muslim Business Community of Xi'an and Malaysian businessmen, attended the one day seminar.

Among them was Chief Administrator of the Shaanxi Religious Committee, Zhang Ninggong.

Ismail Sabri said the beauty and historical values of Xi'an was one reason why Malaysia decided to continue the Malaysia-Xi'an Halal Week for the fourth consecutive year.

This is the first time the halal seminar is being organised in conjunction with the halal week.

Among the 350 food products exported by Malaysia to Xi'an are snacks, juices, cordials, frozen foods, honey and instant foods.

Ismail Sabri is on a nine-day working visit to China until this Sunday to promote Malaysian halal products in Xi'an, Chengdu, Suining, Fujian, Shenzen and Hong Kong. 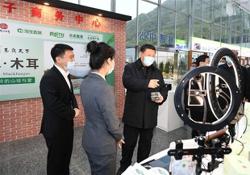 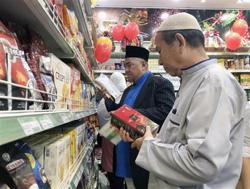