With Islamic finance gaining global acceptance, it's only natural to set up the biggest Islamic bank in Malaysia.

INDIRECTLY, the seeds of the proposed merger between CIMB Group Holdings Bhd, RHB Capital Bhd (RHB Cap) and Malaysia Building Society Bhd (MBSB) were sown not in Kuala Lumpur but in the world’s financial centre – London.

When CIMB got the mandate to be one of the book runners for the first Islamic finance sukuk raised by a sovereign in the Western world, it was a sure sign that Islamic finance was gaining wider acceptance.

Upon returning to Kuala Lumpur, CIMB’s head honcho Datuk Seri Nazir Razak spoke to a group of journalists during Invest Malaysia about how Islamic finance was at the tipping point for growth, considering that the Western world was embracing it.

Malaysia has the cutting edge in Islamic finance but there have been no takers for a proposal by Bank Negara governor Tan Sri Dr Zeti Akhtar Aziz to establish a mega Islamic bank with a capitalisation of US$1bil (RM3.2bil).

It’s easy to fathom why. 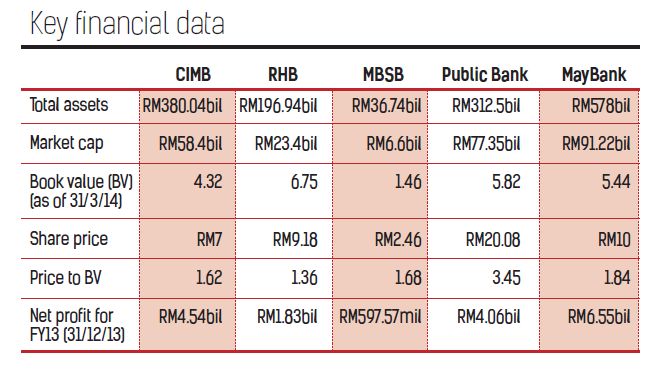 No bank would want to fork out US$1bil to establish a mega-Islamic bank as the returns are not there.

But the landscape is fast changing and Nazir seized the moment.

On Thursday, he proposed the setting up of a mega-Islamic bank as part of a merger with RHB Cap and MBSB that would possibly create the largest bank in the country and one of the largest in the region.

“The merger fulfils Bank Negara’s objective of the creation of a mega Islamic bank,” says an investment banker.

RHB Cap’s decision last month to call off its Indonesian PT Bank Mestika Dharma proposed buy, which it had been pursuing since 2009, as well as Nazir’s recent relinquishment of his position as CIMB Group chief executive to take over as chairman effective Sept 1, were the telling signs of a much bigger plan that was brewing.

The three financial institutions announced this week that they had received the green light from Bank Negara to start exclusive talks for the proposed merger, which includes the formation of a mega-Islamic bank.

In this respect, MBSB, an Islamic financial institution, is slated to fill that role in the merger. 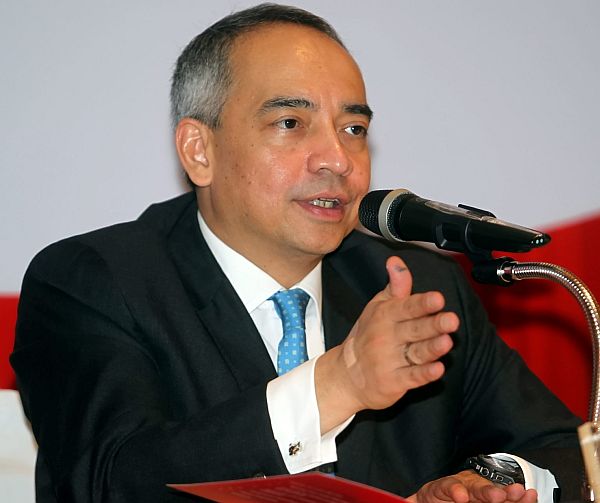 Nazir says Islamic finance is at the tipping point for growth, considering that the Western world is embracing it.

The parties have 90 days to decide on the pricing, structure and other relevant terms and conditions. Bank Negara’s approval is valid for six months from Thursday.

Amidst this, questions are being raised as to why there is an exclusivity clause in the 90-day agreement, which essentially means that there will not be any competing bids for RHB Cap during this period, suggesting that shareholders may be missing out on more competitive bids.

“There are two reasons for this. One is that RHB Cap is not being sold; it is a merger candidate, and secondly, it is to minimise disruptions,” says an official close to the Employees Provident Fund (EPF).

The fact that Bank Negara gave the three institutions approval in less than 24 hours after they wrote to it is a sure sign that it is not against the merger.

If the mega-bank materialises, then it will not be difficult to see why it will easily give the country’s current largest bank – Malayan Banking Bhd (Maybank) – a run for its money.

Based on latest figures, the merged entity’s asset size is expected to be more than RM600bil, market value close to RM90bil and combined profits exceeding RM7bil.

It will surpass Maybank, which had an asset size of RM578bil as of March 31. 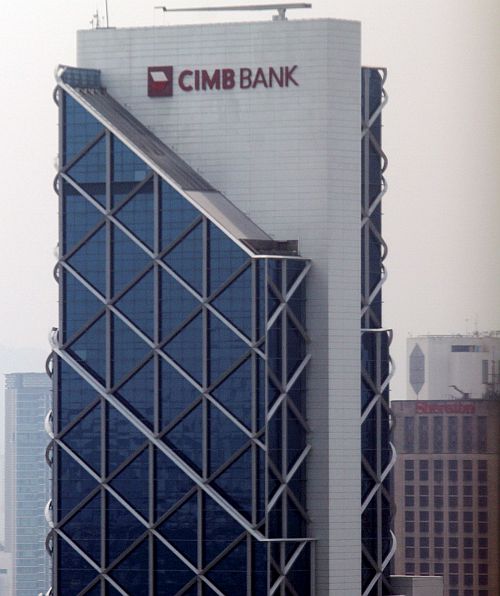 CIMB has a strong commercial presence in Indonesia which is a major contributor to the group’s earnings.

Operationally, RHB Cap and CIMB’s resources combined will give a boost to the merged entity’s regional presence.

For one, RHB Cap, which has a full banking licence in Singapore enabling it to venture into diverse businesses – consumer banking, business banking, corporate banking, treasury and investment banking – intends to grow this aggressively over the next few years. This will complement CIMB’s Singapore operations.

CIMB, meanwhile, has a strong commercial presence in Indonesia – something which RHB Cap is lacking – via its PT Bank CIMB Niaga Tbk, which is a major contributor to the group’s overall earnings.

There is no doubt that the merged entity will be huge.

Its market capitalisation will be more than RM90bil, assuming the deal is concluded at about 1.70 to 1.75 times book value.

According to a source, the deal is likely to be done at 1.75 times book value based on CIMB’s current valuation of almost 1.70 times book and unlikely to be transacted at anything less.

In this current merger deal, the EPF is said to be the main driver because it has significant stakes in all three entities.

The EPF has a 64.73% stake in MBSB and is the second-largest shareholder in CIMB with 14.46% after Khazanah Nasional Bhd.

It has been learnt that the exercise would possibly involve a share swap between CIMB and RHB Cap at a book value of 1.75 times and an outright buyout of MBSB.

The eventual merger will see the EPF emerge as the largest shareholder in the mega-bank, with a stake estimated to be more than 25%.

RHB Cap had been a takeover target as far back as three years ago, with both CIMB and Maybank being its suitors. However, the deal fell through because Aabar wanted a higher valuation.

Even in May, Taiwanese financial group Mega Financial Holding Co Ltd was reportedly in talks to buy into RHB Cap, leading to speculation that the interested seller was Aabar.

Aabar acquired its stake in RHB Cap from its sister company, Abu Dhabi Commercial Bank PJSC, for RM5.9bil or RM10.80 apiece in 2011, valuing RHB Cap at a hefty 2.25 times its book value then. The transaction between the two related companies was done to set the price for RHB Cap, should there be a takeover.

However, RHB Cap’s share price has never reached that price over the past few years.

The counter was traded at RM8.72 on Wednesday before suspension.

But would Aabar be agreeable, or would it seek higher valuations?

RHB Cap, currently the fourth-largest banking group, is no stranger to banking deals.

The latest is its merger with OSK Investment Bank that was completed about two years ago. However, its merger and acquisiton history goes back much further than this.

The RHB Banking group assumed its current name only in 1997.

It came about via a merger between Kwong Yik Bank Bhd and DCB Bank Bhd (formerly known as Development and Commercial Bank Bhd) in 1997. That year saw entrepreneur Tan Sri Abdul Rashid Hussain emerge as the group’s executive chairman. The bank’s current initials are based on his name.

In the aftermath of the 1997/98 Asian financial crisis, the troubled Sime Bank Bhd (formerly known as UMBC Bank) was merged into the RHB Banking group in 1999.

Four years later, when Kuching-based Bank Utama Bhd, the banking arm of Cahya Mata Sarawak Bhd, became the latest bank to be merged into the RHB Banking group, Rashid made his exit from the group.

CIMB is also the result of a merger between CIMB, Bumiputra-Commerce Bank and Southern Bank Bhd which was completed in 2006.

Both the RHB and CIMB groups have gone through more than their fair share of mergers.

But this merger, if it happens, will probably be the last stop for RHB Cap, a bank founded by Rashid.

Between the two, CIMB Group has a bigger franchise in the region, a larger pool of tested managers and is likely to take the lead.

This is something the EPF is not likely to object because it will enable the pension fund to go back to its role as a passive investor in financial institutions.

More M&As ahead in the banking sector?