is investing between RM55mil and RM60mil to develop and manufacture next-generation sensors for wearable smart devices and smart mobile electronic products.

Chief executive officer Heng Huck Lee tells StarBizWeek that the group has secured orders for its sensors from European Union and US customers for the second half of 2014.

“We are in the production start-up stage and the sensors will be delivered starting from July.

“We expect these new-generation sensors to help the group achieve another record-breaking year for its revenue and bottom line,” Heng said. 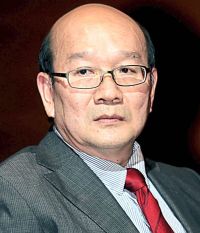 Heng: ‘The sensors will be delivered starting from July.’

An example of a wearable smart device is the smart glasses, which allow the user to surf the net and perform most of the mobile phone functions, Heng says.

“The group is now in the product development stage of designing sensors for bio and health wearable smart devices for its US customers.”

The sensors, according to Heng, enable the device to check the pulse rate, body temperature, blood sugar indication and sweating profile, and also provide real-time data to doctors.

Heng says the group will explore more opportunities to invest in developing and manufacturing cutting-edge sensors for mobile and wearable smart products.

“According to a recent Gartner report, the shipment of Internet of things is projected to reach 10 billion units by 2020 from less than a billion units currently,” he says.

Internet of things are objects with Internet connectivity that allow them to receive and send data.

Meanwhile, Heng, who is the Free Industrial Zone Penang Companies’ Association (Frepenca) president, says the semiconductor and electronics industry in the second quarter had improved over the first quarter of 2014 and the corresponding quarter in 2013.

Of the 62 Frepenca companies, some 60% reported in a survey that their second-quarter results would improve over the previous year’s corresponding period, where only 52% reported a positive outlook, according to Heng.

The Frepenca companies, comprising local firms and multinational corporations from the United States and Europe, are mainly involved in the semiconductor and electronic industries.

“Some 50% of the Frepenca companies have indicated that they will increase their headcount in the second quarter of this year, compared with 28% in the previous corresponding period.

“Some 70% have also indicated that they will also launch new products in the second quarter, compared with 82% a year ago,” Heng says.

The semiconductor and electronics industry globally is strengthening due to the improvement in spending confidence in the United States and Europe.

“A key driver for growth comes from the demand for smart mobile and consumer electronic products in the premium and mid-priced range,” he says.