Biologists are collecting data on cetaceans in Langkawi in a bid to understand how best to protect them.

WHENEVER Langkawi is mentioned, it usually conjures up images of sandy beaches, rainforests, waterfalls, mangroves and duty-free shopping. Few visitors realise that the waters around Langkawi’s 104 islands are home to dolphins, porpoises and even whales.

As a marine biologist, Dr Louisa Ponnampalam hopes to raise awareness about sea mammals that live around Pulau Langkawi, Kedah

Marine biologist Dr Louisa Ponnampalam, co-founder of the MareCet Research Organisation which is involved in marine mammal research, hopes that this will change and is working hard to increase awareness and collect data about marine mammals in the island off Kedah.

“If we can do good research here in Langkawi, then we can start to think about starting similar research projects in places like Penang and Perak,” she says.

Last month, she conducted a week-long survey of marine mammals with volunteers and members of Langkawi Dolphin Research, a project of MareCet. The organisation derives its name from the Latin mare – meaning sea – and a contraction of the word cetacean, which is the collective noun for whales, dolphins and porpoises. As the name suggests, these are the animals that are the object of Ponnampalam’s study.

“We’ve been doing this since 2010. The more data we collect, the more we will know about the habits of these mammals in their natural environment. We can use this knowledge to understand how best to protect them.”

Some of the data gathered during the field trip includes new information on the distribution of marine mammals around Langkawi, including estimates of group size and the movement and abundance of these groups. By comparing photos from previous field trips, Ponnampalam has shown that some individual humpback dolphins seem to prefer certain sites around Langkawi, while others tend to move around the archipelago a bit more.

When asked why the organisation chose to focus on Langkawi, she replies: “We had already heard of quite a few sightings in Langkawi, so we knew there were marine mammals here, but there was no reliable data to say exactly how many and of what species. Since Langkawi is one of Malaysia’s top tourism destinations, we felt it important to understand the dynamics of how land-based and water-based human activities may be affecting the animals and their marine environment. The fact that Langkawi is easily accessible compared to the islands on the east coast of the peninsula makes a difference, too.”

As well as spending time at sea looking for cetaceans, members of MareCet are also actively involved in establishing a dialogue with local fishermen who are also an important source of first-hand information about the presence and behaviour of marine mammals. MareCet provides guidelines to them on safe fishing practices, particularly the types of nets and hooks to be used to avoid injuring or killing marine mammals. Their website also provides advice for tourism operators, which include not allowing anyone to feed, touch or swim with the animals.

Ponnampalam is a dynamic young woman who clearly has the dedication and drive necessary for her chosen career.

“This is what I’ve always wanted to do,” she says. “I am living my dream. When I was 13, I told everyone that I would go to Hawaii and study to become a marine biologist and that I would set up my own research facility back in Malaysia. I haven’t quite achieved the second part yet, but MareCet is a starting point.”

Although she studied in Hawaii and Scotland and did research for her PhD in Oman, she always planned on returning to Malaysia. “I love to travel, but Malaysia is my home. And the marine mammals here are begging to be studied. Marine biology is still very young in Malaysia. Compared to other countries, there is still a lot to do here. That makes it exciting to be a marine biologist in Malaysia. In a way, we are pioneers.”

During last month’s survey, the group sighted Indo-Pacific finless porpoises, Indo-Pacific humpback dolphins, Indo-Pacific bottlenose dolphins and Bryde’s whales around Langkawi as well as Irrawaddy dolphins close to Kuala Perlis. Group sizes for the dolphins and porpoises ranged from one to 150 individuals but for whales, only one or two were seen at a time.

I was lucky enough to be invited to join the survey team on two of their field trips. Both days, we set off before 7am and did not get back until 10pm. Most of that time was spent out on the water.

“It’s a reality check for some of the young students who are considering a career in marine biology,” says Ponnampalam. “My friends say, ‘Oh, you’re so lucky to go out on the boat’ but they don’t see the long hours we put in. Not everyone is willing, or able, to spend time in such basic conditions, or eat peanut butter sandwiches every day,” she says with a laugh.

Most of her days on board are spent in a high seat that reminds me of a tennis umpire’s chair. From that vantage point, there is a greater field of vision, but it is exhausting to keep watching the waves for any sign of movement in the water. Every wave and shadow makes you wonder if something is there.

The first morning, after barely half an hour out of Kuah harbour, we spot something. The boat idles to a halt. The silence ringing in my ears after the engine cuts out is soon replaced by the splash of waves against the fibreglass hull of the boat.

“Indo-Pacific finless porpoise – three, possibly five,” calls out Ponnampalam from her perch, looking through a pair of binoculars. This information is noted down, along with the GPS coordinates. Visibility and wave swell height according to the Beaufort scale are jotted down as well and we take measurements of depth, water temperature, salinity, level of dissolved oxygen and the presence of any other boats in the vicinity. All this raw data will be fed into a computer at the end of the day and will provide Ponnampalam with plenty of work at her post in the Institute of Ocean and Earth Sciences in Universiti Malaya, Kuala Lumpur.

“We’ve seen large groups of Indo-Pacific humpback dolphins during this trip and they appear to consist mainly of mother-calf pairs, perhaps a strategy of ‘safety in numbers’. We also observed very high-energy social and sexual activity in the groups of humpback dolphins that we encountered.”

This year, another boat has joined in the survey. Dr Satoko Kimura of Nagoya University in Japan is an acoustics specialist conducting research on freshwater ?nless porpoises found in the Yangtze River in China and has come to Langkawi to further her research.

“We are very lucky that she can join us on this field trip,” says Ponnampalam. “It’s the first time that we are using acoustic methods to study dolphins in Malaysia.”

I join Kimura’s boat in the afternoon. The skipper is a sleepy fisherman who spends his nights fishing for squid. I help Kimura keep him awake, but occasionally he falls asleep and the boat steers wildly off course. Her boat travels more slowly than the lead boat and trails a long cable with specially designed microphones attached.

“Dolphins and porpoises make sounds all the time,” says Kimura. “If there is poor visibility, they use sounds to let each other know where they are. They communicate in very high-frequency sounds that humans cannot hear. We can hear 16-20 hertz but Yangtze finless porpoises can hear up to 125 hertz.”

There are two NBHF (Narrow-Band High-Frequency) units on the cable, each with two microphones. Analysing the sounds by triangulation can give the precise location of a mammal and, in a small group, give an idea of the number of individuals present. This data will later be compared to Ponnampalam’s visual sightings.

“Maybe she can see two or three dolphins but the acoustic readings can sometimes show that there were more individuals below the surface. This gives us more accurate data,” says Kimura.

Other than the few porpoises in the morning, we don’t see anything else for the rest of the day. The steady hypnotic hum of the boat engine and the rocking of the waves conspire to lull me to sleep. I wake to find that the wind has picked up. White crests are zipping across the peaks of the waves as the weather hovers between three and four on the Beaufort scale.

GPS coordinates have been pre-set and we follow invisible transect lines along the sea, ranging from almost all the way south to Pulau Payar, where fishing trawlers hover just beyond the border of the designated marine park, close to Kuala Perlis in the north, just a couple of nautical miles shy of the border with Thailand. It is dark by the time we return to Kuah harbour.

The following evening, Ponnampalam tells me that the team sighted 152 Indo-Pacific humpback dolphins. This was something I really wanted to see, so I joined the team again the following day in the hopes of sighting something similar. This time, the transect lines were shorter and ranged more to the south of Langkawi, skirting Pulau Tuba, Pulau Dayang Bunting and dozens of smaller islands with isolated empty beaches and interesting rock formations. I discovered parts of Langkawi that I had never seen before, well off the paths of the standard island-hopping tours that are so popular with the island’s visitors.

I was travelling in Kimura’s boat. Ponnampalam and her team had reached the end of the line and were waiting for us to arrive. Suddenly everyone was standing up and pointing at something in the water. I saw see a few ripples, but couldn’t tell what it was.

“A whale shark,” shouts Ponnampalam excitedly. I took from her demeanour that this was something quite exceptional.

Our boatman took us in a bit closer to the ripples, but I still couldn’t see anything except the reflected glare off the surface of the water. Then suddenly it was there right beside our boat, barely a metre beneath the surface. I was stunned by the size of it – almost as long as our boat and more than big enough to overturn us if it should so wish, but the whale shark seemed content to let us admire the rows of star-like patterns on its back and give us the time to snap a few photos. The whale shark is the world’s biggest fish and can measure up to 14m. The creature we spotted is roughly half that size.

After a few minutes, it dived deeper and then the surface ripples appeared further out. The boatmen turned their boats and we headed back towards the main island.

“According to local fishermen, they are found near Langkawi from September to February,” says Ponnampalam .

The following day, the MareCet team made two more whale shark sightings in addition to all the other data gathered over the week.

Malaysia is a maritime nation and a fish-eating nation. It depends on the health of its waters to feed its population and maintain its fisheries. In order to protect its maritime assets, more has to be understood about these complex ecosystems and that requires dedicated researchers like Ponnampalam and her team and the facilities necessary to do their work.

“I hope that we can raise awareness of the importance of marine conservation in Malaysia and that the work we are doing will someday materialise into a permanent research facility here in Langkawi,” says Ponnampalam. - Marc de Faoite

Much of MareCet’s funding is now dependent on research grants from Australia and Universiti Malaya. To continue its research, it welcomes contributions, both financial and in kind, from individuals and corporations. Learn more about MareCet at marecet.org. 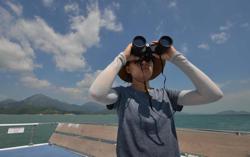 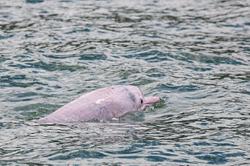 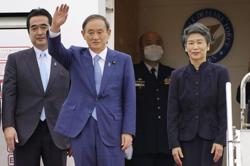