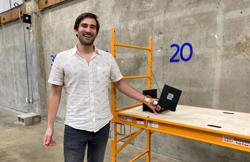 Shruhan, who has worked for Apple since 2008 and is now 67, alleges in a lawsuit filed Oct 3 in federal court in San Jose, California, that he wasn’t awarded restricted stock units or a merit increase in 2019 even though he was given an excellent performance review. — AFP

A senior manager sued Apple Inc, claiming he was denied a retention bonus of at least US$800,000 (RM3.71mil) because at age 64 he was no longer seen “as part of Apple’s future”.

Donald Shruhan Jr, who has worked for Apple since 2008 and is now 67, alleges in a lawsuit filed Oct 3 in federal court in San Jose, California, that he wasn’t awarded restricted stock units or a merit increase in 2019 even though he was given an excellent performance review.

Shruhan claims he was asked last year to submit his plan for retirement, although he hadn’t indicated any such intention. “This was an age-based assumption on the decision-maker’s part, with no basis in fact,” he argues.

At the same time, Apple aimed to demote him, according to the complaint. Apple didn’t immediately respond to phone and email requests for comment on the lawsuit.

Shruhan says he’s a victim of discrimination against older workers in Silicon Valley, which is “obsessed with youth”.

Citing a 2015 Payscale survey, he says that while the median age of a US worker is 42, it is 31 at Apple. Shruhan is a director in Apple’s Intellectual Property Enforcement unit, where he has managed efforts to combat counterfeiting in the Asia-Pacific region, and has also served as a veteran senior manager on Apple’s global security team, he said.

In the two preceding years after Shruhan earned excellent reviews, he was granted restricted stock units valued at US$850,000 (RM3.95mil) and US$800,000 (RM3.71mil), he claims. For 2019, Apple said he wouldn’t get his RSUs because they’re meant to be “an investment in the future and a retention hook”, according to his lawsuit.

A supervisor’s response to his inquiry revealed that Apple no longer saw a need to incentivise him because he was nearing retirement age, according to the suit.

Shruhan said he had reached an impasse with Apple’s human resources department before suing. He seeks unspecified monetary damages for emotional distress, as well as a civil penalty against Apple under California’s unfair competition law. – Bloomberg

Subscribe now to our Premium Plan for an ad-free and unlimited reading experience!
Technology Courts Crime 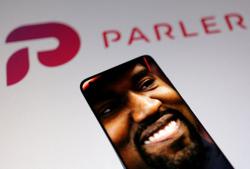