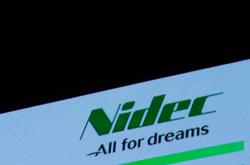 (Reuters) - Video games maker CD Projekt's profit fell short of expectations in the third quarter as the costs of fixing its flagship "Cyberpunk 2077" weighed on its bottom line, the company said on Monday.

CD Projekt has been mired in efforts to fix the Cyberpunk game ever since a bug-ridden launch in December led Sony to pull it from its PlayStation Store for six months.

The Polish company has also delayed the launch of the game's next-generation console version until next year, meaning it will miss out on the key Christmas selling season this year.

CD Projekt said its third-quarter net profit came in at 16.3 million zlotys ($4 million), down 30% from the same period last year and well below an average analyst forecast of 36 million.

"This year-on-year reduction in net profit is mainly due to expenses related to updating Cyberpunk and exploratory work on new projects at an early stage of development," finance chief Piotr Nielubowicz said in a statement.

Revenue in the three months to Sept. 30 jumped 40% from last year to 144 million zlotys but the company's selling costs surged 77% to 55.3 million zlotys, which included 17.9 million zlotys of service costs related to Cyberpunk.

The video game maker did not say how many units of the game it had sold in the quarter. Now selling at half price, it was one of the top sellers on streaming platform Steam last week.

Nielubowicz told a conference call that the level of service spending related to Cyberpunk should decrease more substantially after the game's next-generation console version is released.

CD Projekt said it was on track to release the next-gen versions of Cyberpunk in the first quarter next year and "The Witcher 3: Wild Hunt" in the second quarter.

Cyberpunk's next-gen version is now in a testing phase, company officials said during the call, adding that they saw improvement in sentiment around the game on every platform.