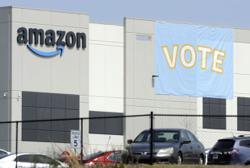 Amazon warehouse workers in New York are aiming to form a union for better working conditions, which could have a ripple effect on Amazon workers elsewhere. — AFP

Amazon warehouse workers in New York said Monday they had filed to create a union, hoping to be the first such body recognised by the e-commerce giant six months after a similar attempt failed elsewhere.

Their effort has been closely watched as it could pave the way for further unionisation in the United States at one of the world's most powerful companies.

Amazon Labor Union (ALU), the organising group in New York that submitted the formal papers to officials, said the company is fighting the effort.

"The world is watching," said ALU head Christian Smalls, an ex-Amazon employee who sued over his dismissal and pandemic conditions at their Staten Island facility.

"This is New York. This is a union town and we got to prove it," he added, as he left the Brooklyn office for the National Labor Relations Board (NLRB), the federal agency in charge of labor law.

Smalls said more than 2,000 cards had been signed asking for a vote – but for the election to go ahead, more than half of the New York facility's employees will need to agree.

ALU lawyer Eric Milner said the minimum number of signatures required – 30% of labourers – had been reached.

He said the NLRB had set a hearing for Nov 15 to discuss the unionisation procedure. Until then, Amazon is required to inform warehouse employees the case has been accepted.

"We're skeptical that a sufficient number of legitimate employee signatures has been secured to warrant an election," said Amazon spokeswoman Kelly Nantel.

But she added: "If there is an election, we want the voice of our employees to be heard and look forward to it."

The fresh push came after a US labor official in August recommended the results be nullified in an earlier failed effort at an Alabama warehouse, opening a possible path to a new election.

The union alleges that efforts to form the first union at a US-based Amazon facility were tainted by the company's interference.

The hearing officer recommendation is a key step towards potentially overturning the April ballot. – AFP 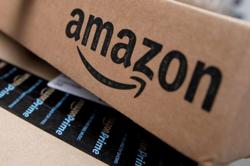