UK competition watchdog has music streaming in its sights 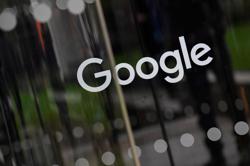 FILE PHOTO: A smartphone is seen in front of a screen projection of Spotify logo, in this picture illustration taken April 1, 2018. REUTERS/Dado Ruvic/Illustration

LONDON (Reuters) -Britain's competition regulator plans to launch an investigation into music streaming to see whether a sector dominated by platforms such as Spotify and Apple works for consumers.

The watchdog's announcement on Tuesday follows a report from a UK parliamentary committee this year which warned that the ties between music majors and streaming platforms could stifle innovation in the sector.

Britain's Competition and Markets Authority has taken an increasingly proactive role in the regulation of digital markets, with investigations already launched into the power of Google, Facebook and Apple in different parts of the ecosystem.

It said it would now turn its sights to music streaming which, in Britain, accounts for 80% of music consumption and is dominated by the likes of Spotify, Apple Music, Amazon and Alphabet Inc-owned YouTube.

"The UK has a love affair with music and is home to many of the world's most popular artists," CMA Chief Executive Andrea Coscelli said. "We want to do everything we can to ensure that this sector is competitive, thriving and works in the interests of music lovers."

Having been hammered by piracy in the late 1990s, the music industry moved towards a streaming model backed by either advertising or subscriptions as a way to secure more sustainable revenues for the sector.

Official figures show that the global recorded music market rose by 7.4% in 2020 to $21.6 billion, with a jump in demand for paid streaming services leading the way.

A British report on the sector showed that there was a total of 139 billion audio streams in 2020. Despite the growth, artists have long complained that they do not get a fair share from streaming platforms.

The UK parliamentary report also noted that the three major music companies, Universal, Sony and Warner, also covered up to 75% of the UK recording market and had close ties with streaming platforms, prompting them to question the competition in the sector.

A market study is used to examine a sector and decide if an intervention is needed. Outcomes can include asking the government to change regulations, encouraging businesses to self-regulate, taking action against firms and a full, in-depth investigation. 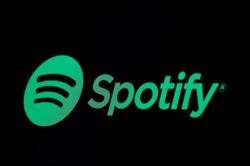